For seven years, RIS News has been honoring retail technology’s elite at its annual CIO of the Year Awards dinner and gala celebration. The retail industry once again gathered at the Retail Executive Summit, held this year at the Four Seasons Resort in Scottsdale, AZ, to see which innovative retail technologists would take home the top honors in four distinct categories.

In addition to the traditional categories of innovation, strategic impact and customer engagement a new CIO of the Year Award was introduced, and for the first time ever, RIS News launched a Hall of Fame and inducted three industry stars into its inaugural class.

RIS News congratulates all of the award recipients and Hall of Fame inductees for their well-deserved honors and thanks them for their invaluable contributions to the industry. 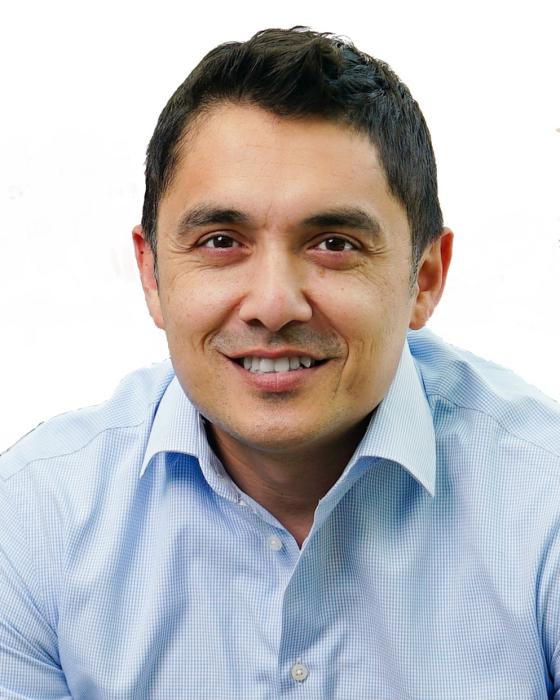 CIO of the Year

RIS introduced a new wrinkle to the awards program this year adding one overarching CIO of the Year Award designed to honor a CIO who led a major project that advanced the retailer’s business, technological capabilities, and competitive position in the marketplace. Faisal Masud has helped facilitate Staples’ digital transformation with a number of high-profile projects that are solidifying the retailer as a technological pacesetter and earning Masud a reputation as one of the industry’s most innovative leaders.

Masud earned the CIO of the Year Award for implementing three cutting-edge technologies that are helping set the retailer apart: Staples Rush, Staples Exchange, and the Staples Easy System.

Staples Rush is the company’s same-day delivery service for its business clients. It launched in 2016 in four markets (NYC, Dallas, Boston and Chicago). It includes thousands of products available in Staples’ stores, and the company leverages its own supply chain organization, including its network of company vehicles, to fulfill same-day delivery orders.

“There is no other retailer that is doing this besides Amazon,” Masud says. “In the retail world we are the premier next-day delivery company. We are the only one that actually delivers next day for free for businesses so that is another big value proposition that we have.”

Staples Rush is currently in seven cities and Masud and his team are building a 2.0 version to expand to eight more cities and offer an expanded selection. Staples ultimate goal is to have the service in 25 major cities.

The solution enables Staples to inject its marketplace inventory into its online properties. Once the transaction is complete Staples handles all of the post-sale customer service including returns.

“We were previously reliant on a third-party legacy dropship platform that was expensive and did not meet our speed requirements to onboard new vendors,” Masud says. “Now that we are really ramping up we went from 30,000 items sold to over a million in a year. This year we will do $700 million in sales on the Exchange platform.”

The Easy System is the most cutting-edge of the three technologies Masud has focused on over the past year. The system infuses the iconic Staples’ Easy Button with IBM Watson technology to bring the “on-demand” world to businesses.

The Easy System is Staples’ entry into the conversational commerce space. The artificial intelligence solution allows users to order office supplies by simply speaking to the automated assistant. The Easy technology is available in chat, text, e-mail, a supercharged Easy Button, and coming soon mobile phones.

“The Easy System is our desire to move human tasks to machines,” Masud says. “We wanted to give the Easy Button life, and be able to utilize it as more than just a toy.”

The AI solution launched in alpha at the end of last year and is currently in beta, with 100 large-scale customers equipped with the next-gen Easy Buttons. By early 2018 Staples plans to be in full production of the voice-activated device and have integrated the solution with its other tech initiatives like Staples Rush to allow users to not only seamlessly order supplies with nothing more than their voice but receive them in as little as two hours. 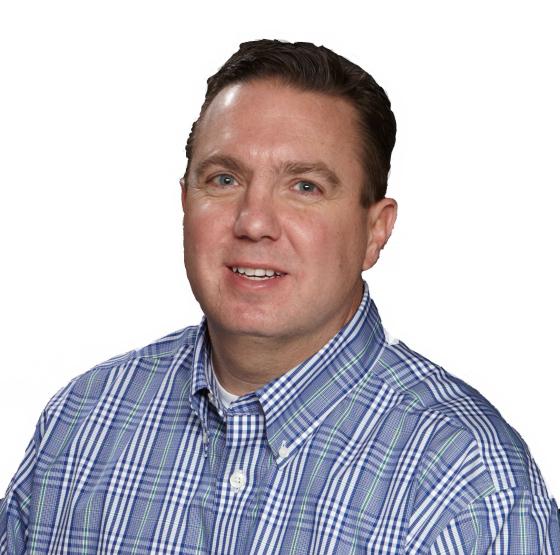 Mike Frazzini earned the strategic impact award due to his ability to put eBag’s mobile-first strategy into action. The online pure play has been innovating in the digital space for nearly two decades, building itself up from a relatively small online player to a $200 million retailer through a continued dedication to technological innovation.

As digital consumers continue their migration to mobile shopping, Frazzini and his team are working diligently to optimize the retailer’s shopping experience for mobile devices to remain on the cutting edge.

“We are spending a tremendous amount of time redoing every single page our site for mobile,” Frazzini says. “Initially our strategy was to build a responsive mobile architecture. We have since determined that while that was a great evolution in mobile shopping we need to move to a truly adoptive experience. Essentially a unique experience for mobile instead of a scaled-down desktop experience.”

The name of the game in mobile shopping is speed. Shoppers need to locate what they are looking for quickly and once they have decided to make a purchase the checkout process needs to be seamless. A three-second load time is the standard upon which most mobile shopping interfaces are judged — any longer and shoppers get frustrated, and conversion rates drop precipitously. For back-to-school 2017, eBags worked diligently to get its mobile load times down to three seconds, and plans to get the average time to two seconds or less by the end of the year.

Equally important to mobile load speed is a quick and easy checkout experience. It does a retailer no good to have a lightning fast mobile shopping experience only to have consumers bogged down by an inefficient payment interface. Over the past year, Frazzini and his team have greatly improved the checkout process, going from an eight-page experience down to one.

“To get the checkout experience down to one page we implemented autofill technology,” Frazzini says. “We have deployed Google Places, automated payment methods, and mobile wallets to take as much friction out of the experience as possible.”

All shoppers need to do is enter the first few numbers of their address and thanks to the innovative technology that has been embedded into the site the rest of their information will autofill. Repeat eBags shoppers are not the only ones that are enjoying the expedited checkout. Consumers that are new to the brand also enjoy the autofill feature, as the technology doesn’t just pull from previous eBags interactions, but any similar form that has been filled out using the shopper’s personal mobile device. 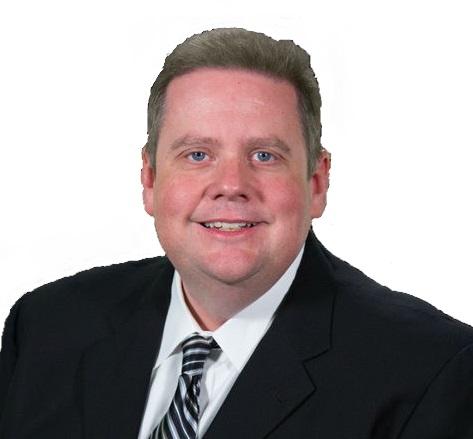 Rob Mills earned the customer engagement award thanks to a host of technology he and his team have implemented to increase customer affiliation with the brand. Over the past three years, with Mills at the helm, Tractor Supply Company’s IT department has evolved its thinking to be more data and science based. Data-driven insight now guides all major IT initiatives and helps the team focus on the functionality consumers crave, bringing significant value to the business.

“For Tractor Supply Company, BOPIS is about creating additional convenience options for our customer,” says Mills. “It is part of our customer-centric strategy, allowing our customer to shop anytime, anywhere, anyway.”

By adding the convenience of BOPIS, Tractor Supply has been able to further connect with today’s need-it-now shoppers and engage with and build mutually beneficial relationships with customers who might not have otherwise shopped the brand.

“Our customers need the product now,” Mills says. “They can’t always wait.” The first-ever person to use Tractor Supply’s click-and-collect service is a shining example of the new consumer reality and how the solution is helping the retailer build lasting relationships with shoppers.

Tractor Supply’s first BOPIS customer was in the market for a trailer for his business and wanted to take delivery immediately. He went to the Internet to search for trailers, saw Tractor Supply had a product that could fit the bill, and that it was in stock at a local location. Despite the fact that he had never shopped Tractor Supply before, he placed the order, went to the store, picked up the trailer, and filled up the trailer with incremental purchases while in the store. Obviously not every interaction TSC has with current and prospective shoppers matches the success of its first BOPIS consumer, but it helps solidity Mills approach to building brand awareness and customer engagement and should serve the retailer well as it continues to build out its omnichannel capabilities. 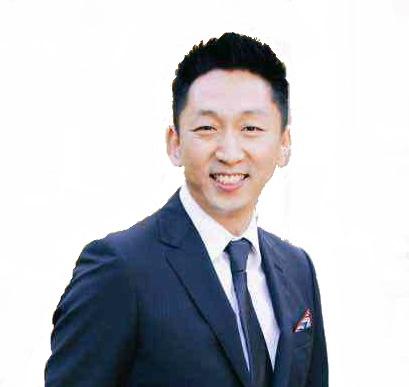 Edward Park received the innovation award for his ongoing work in the area of personalization. Over the past year he and his team have replaced the traditional store locator page on Guess?’s e-commerce site with a dynamic tailored experience, where consumers are presented the best-selling items at their local stores.

Most recently, the team has added some important enhancements to the solution that allows for the curation of looks and merchandise personalized to individual tastes.

The project’s impressive success metrics include: 160% higher conversion, 32% higher average order value, and four times higher average revenue per visit. “By making the shopping experience personalized we have been able to bring more traffic to our stores and online,” Park says.

Over his 15-year retail career, Park has held high-ranking positions at Forever 21, Inditex and now Guess? and has worked diligently to instill a culture of innovation at every stop along the way. “To me innovation means the ability to be nimble, quick and agile,” he says. “You can’t be afraid to take chances and try new things.”

Park’s personalized store locator tool is an innovative step forward, and an out-of-the-box approach to what is otherwise a mundane solution. Building on the personalized theme Park is currently developing a chat-based concierge service to further engage with Guess?’s digital shoppers. Once a consumer places an order they will be virtually introduced to a fashion influencer who can provide a curated look based on past purchases, local demand and weather.