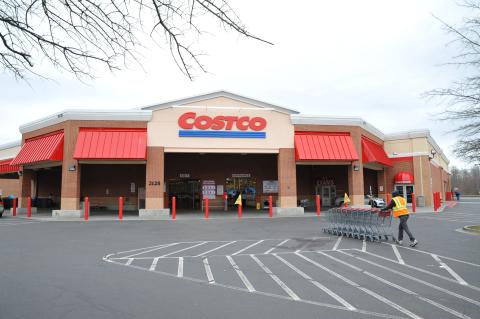 While reports of closing retail stores continue to rock headlines, stable food sellers and drugstores, like Costco Wholesale and Walmart, along with some retailers of discretionary items, such as Ulta Beauty, are growing.

In fact, of the 31 retailers in the S&P 500, 26 are expected to post revenue growth this year, according to an Investor's Business Daily (IBD) analysis of data from MarketSmith and S&P Global Market Intelligence.

According to IBD, the retail-heavy Consumer Discretionary Select Sector SPDR ETF is up 23% this year, which makes it the third-best of the 11 sectors this year. More than half the ETF is made up of diversified and specialty retailers.

The strength persisted even though U.S. retail sales fell for the first time in seven months in September, raising fears that a slowdown in the manufacturing sector could be beginning to spread to the broader economy. The Commerce Department said retail sales dropped 0.3% in September from the prior month after an upwardly revised 0.6% increase in August.

Sam Stovall, chief investment strategist at CFRA, told IDB that U.S. economic growth is seen hitting 2.3% next year, in line with this year's 2.3% growth, and consumer spending is expected to grow by 2.7% in 2020. Not only is that outpacing the broad economy's growth, it tops the 2.6% growth in consumer spending this year, Stovall says.

Consumer discretionary and consumer staples stocks are strong fourth-quarter performers, gaining 5.4% and 5.5% respectively since 1990, says CFRA's Stovall. That not only tops the 4.3% average gain by the S&P 500 in the fourth quarter, but ranks them just behind information technology as the best.

Of the 26 retailers in the S&P 500 expected to post revenue growth this year, Costco is the stand out IBD said, noting that analysts are calling for the retailer to put up revenue this year of $155 billion, up nearly 19% from 2018. Walmart, it said, isn't far behind, expected to post 2.4% higher revenue this year and even the slowest grower, Kroger, is to post revenue growth of 1.2%.

Amazon's expected 19.8% growth on the list is the strongest, but Ulta isn't far behind with analysts looking for 11.1% revenue growth in 2019.

Click here for the full IBD article, “What Retail Apocalypse? 26 Big Retailers To Grow This Year.”