Lowe’s knows it needs to modernize its retail technology in some areas to catch up to today’s consumer expectations and other retailers.

To this end, the home improvement retailer has been renovating its technology, from ripping up its price management system and rolling out predictive scheduling to replatforming its website, adding mobile tools and more.

“Despite lumber deflation and difficult weather, we are pleased that we delivered positive comparable sales in all 15 geographic regions of the U.S.,” commented Marvin Ellison, Lowe’s president and CEO. “This is a reflection of a solid macroeconomic backdrop and continued momentum executing our retail fundamentals framework.”

Lowe’s comparable sales increased 2.3% in its second quarter of 2019, while comp sales for the U.S. home improvement business increased 3.2%. The retailer also saw around 4% comp growth on its website, which it contributed to slowing the number of new SKUs added in the quarter, while addressing systems and process issues that negatively impacted its stores' productivity, as well as eliminating certain programs which were unsustainable from a profit perspective. Now it’s replatforming the entire site to Google Cloud.

Lowe’s is taking aggressive steps to improve the technology foundation of lowes.com by replatforming the entire website to Google Cloud. It hopes the move will improve the retailer’s agility as it redesigns the online customer experience from search and navigation to checkout.

“At the beginning of this year, our dot-com site was on a decade old platform,” Ellison noted on the retailers’ recent earnings call.

Lowe’s expects to have the entire site on the cloud in the first quarter.

“Omnichannel is a tremendous growth opportunity for Lowe's and we have a very detailed transformation plan to modernize our platform and dramatically grow lowes.com sales in the future,” said Ellison. “Our goal is simple. We want to serve customers in a way they desire to shop.”

Lowe’s will deploy a new price management system, which will allow it to better systematically analyze, prioritize and implement retail pricing actions. The new pricing management system will be in place by the end of the year and will get Lowe’s on par with most retailers.

“Candidly, we're quite a bit behind what a modern large retailer would be from the ability to leverage pricing and to have agility pricing in local markets in-store and online,” said Ellison.

“This new system will create a single repository of pricing to provide better visibility for the merchants to understand the impact of our pricing decisions,” he explained.

Lowe’s is also still working on fully integrating its acquisition of the Boomerang retail analytics platform, which it acquired back in May. The platform is expected to be fully integrated with Lowe’s new price management system during the first half of 2020 to provide Lowe’s with a best-in-class pricing analytics system.

“Integrating this platform will allow us to incorporate Boomerang's technology into our core retail business, bolster strategic data-driven pricing, and also allow us to make better merchandising decisions across the business from an assortment perspective,” said Ellison.

“We recently deployed the new mobile devices for our store associates we call SMART phones,” said EVP, Stores, Joseph McFarland. “Our new SMART phones are designed to reduce tasking hours by providing real-time data without ever stepping off the sales floor.”

In its second quarter, Lowe’s added its standardized performance scorecard to the SMART phones and deployed a store walk application to allow for a more efficient, strategic store review process.

“These applications allow our store managers to drill down and evaluate productivity by department and by associate to manage their store more strategically,” explained McFarland.

“These new mobile devices are an example of how we can leverage modern technology to make significant advancements in the capabilities we make available to our associates,” he added. “Putting the new mobile devices in the hands of our managers and supervisors is a significant step towards revolutionizing how we deliver sales and operational productivity in our stores.”

Lowe’s has deployed a new customer-centric labor scheduling system in four geographic regions and expects to complete the nationwide rollout to its remaining 11 regions by the end of the fiscal year. The new system replaces Lowe’s current staffing system that doesn't effectively capture and predict sales and customer traffic patterns.

The system will better predict customer demand by time of day, day of week and department, allowing Lowe’s to align labor hours with peak traffic. The tech will help Lowe’s provide better coverage and customer service, while also helping the retailer use its labor hours efficiently and reduce payroll expense.

In June, Lowe’s announced Charlotte, NC, as the location of its new global technology center that will ultimately be home to up to 2,000 technology professionals. Construction began this month with plans to open the center in 2021.

Ellison told the The Charlotte Observer last week, part of his plan going forward will be to continue to modernize the company’s digital business — and Charlotte workers will be a key part of that strategy.

“(The tech hub) is going to be critical,” he said. “We had fallen behind relative to modern technology. And it doesn’t matter what business you’re in, whether its retail or manufacturing, if you’re not on the cutting edge of technology, you’re going to fall behind.”

While construction is ongoing, Lowe’s is utilizing a temporary space in downtown Charlotte for the technology professionals that will ultimately be based in the new global technology center.

“We’re already attracting outstanding candidates because they see the investment that Lowe’s is making and they want to be a part of that,” Ellison told the Observer. 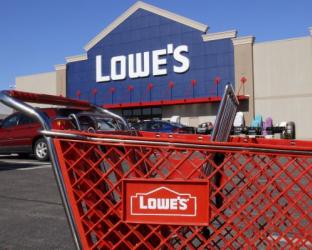 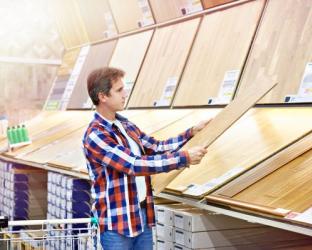 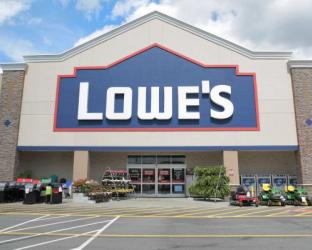 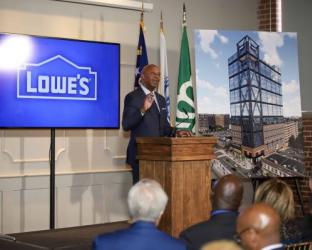 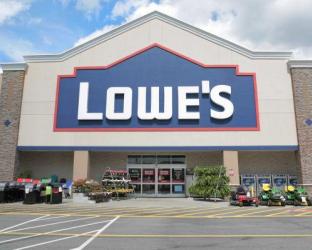