Target is in the midst of an overhaul as shopper habits change and it races to meet new demands. To this end, the big box retailer made a host of announcements this week, coming off of strong traffic growth in both stores and digital in its fourth quarter 2017.

"Our strategy is working," said CEO Brian Cornell. "Our guests are responding and we are accelerating the pace, pushing even harder. Moving faster than ever before, three times as many remodels, dozens of new stores, new services, new solutions."

Target raised its CapEx guidance to arrange around $3.5 billion dollars in 2018, reflecting incremental investments in both stores and supply chain.

Here are the 7 keys to Target's reinvention plan: 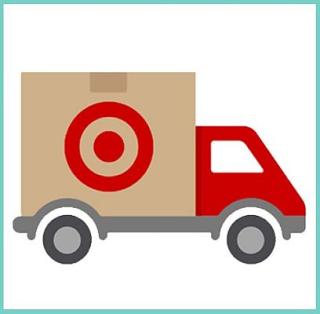 To use Drive Up, guests place an online order from the Target app and a team member delivers it to their car in the store parking lot. Once a guest arrives in the parking lot, their order is brought out in a matter of minutes.

Target announced free two-day delivery from Target.com is now available. Free two-day shipping is available on hundreds of thousands of Target.com items and no membership or annual fee is required, providing shoppers spend at least $35 or pay with their REDcard.

During the holidays, Target stores fulfilled more than two-thirds of the company's digital orders.

"Shipping from a store is the best way to lower the total cost of digital fulfillment." noted COO John Mulligan. "We hear a lot about optimizing, picking and packing, which can help make fulfilling an online order more efficient. But step back and look at the total cost of fulfillment. There are fixed and variable costs required to run and staff the fulfillment center, but no question shipping is by far the largest chunk."

In addition, the company recently announced plans to offer same-day delivery of groceries, essentials, home goods, electronics and other products through Shipt. The service is already available at more than 440 stores across the Southeast and in the Twin Cities, and it will expand to the majority of Target stores and all major markets by the 2018 holiday season.

And, after a successful 2017 launch of Target Restock, the company will expand the next-day home delivery service of essentials to more than 30 new cities, serving nearly three-fourths of the U.S. population by the end of 2018.

This year, Target will nearly triple the size of its remodel program, updating more than 300 stores around the country with elements of its next-generation store design. This includes sizeable investments in large metro areas like Chicago, Los Angeles, Minneapolis-St. Paul and New York.

According to the retailer, after stores remodel, traffic grows and sees a 2% to 4% sales lift on average.

The retailer will open approximately 30 stores this year, the majority of which will be small-format stores in urban and dense suburban neighborhoods and near college campuses. Target will open its doors to guests this week in four communities, including small-format stores opening in the Boston, Chicago and Washington, D.C., areas.

Last year Target opened nearly 30 small format stores, doubling the number it had opened up to that point. In 2018 Target will add another 30, starting with a few in DC, Boston and Chicago this week.

The retailer also plans to open another 30 next year, putting it on pace to operate more than 130 small format stores by the end of 2019.

Target is raising its minimum hourly wage to $12 in 2018, part of a previously announced commitment to raising it to $15 by the end of 2020. A starting wage of $12 is higher than the state-level minimum wage in all 50 states. This year's wake hike will begin with existing team members in the spring. In the fall of 2017, Target increased the minimum hourly wage to $11.

Target noted it is investing in augmented reality and has a large team working on supply chain analytics.

Mulligan also noted the retailer's work on building an entirely new operating model for its supply chain includes "scaling some of the most promising robotic solutions we have tested in the past year. That automation makes it possible for us to sort and move huge volumes of single units without putting an unsustainable burden on our DC teams or the stores."

Retail Leader Pro talks to Frances Valentine CEO and Co-founder Elyce Arons about the importance of sparking joy and inclusivity at retail.

The metaverse will continue to become more mainstream in the coming years, and it presents a unique value proposition for retail to embrace.