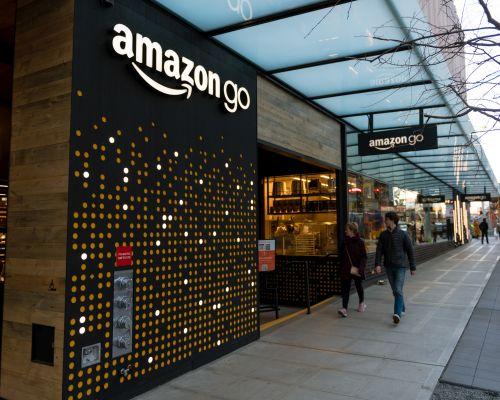 Amazon confirmed last month that its Go stores will start accepting cash, amid criticism that the company is discriminating against low-income shoppers. Unbanked shoppers are primarily low-income shoppers who do not have a smartphone and access to credit lines or bank accounts. An estimated 6.5% of households in the U.S. were unbanked in 2017, according to the FDIC.

On May 7th, San Francisco became the second major U.S. city to ban cashless businesses in a vote by the city Board of Supervisors that will impose a ban 90 days after its final approval.

The Amazon Go format allows consumers to walk in, pick up the items they want to buy, and leave without stopping to checkout. Shoppers scan an app when they enter and the stores use a mix of next-gen technology to track customer movement in the store, recognize when a product is selected and charge the customer’s account when they exit the store.

Adding the ability to accept cash allows Amazon to skip worrying about regulations banning cashless stores, which is important as the retailer considers opening as many as 3,000 new Amazon Go stores in the next few years. It also opens the stores up to an additional customer base they couldn’t capture before. However, it also opens the ultra-convenient store back up to the possibility of long checkout lines.

To check out the new checkout experience, Business Insider shopped the newest Amazon Go, located at Brookfield Place in downtown NY, with cash. The reporter said in order to do so he needed to be let in by an employee that “scanned his own phone so that the doors swung open and I could walk in without registering into the system,” and noted the store employee was using a Clover Flex device.

The reporter said he paid for items at a cash cart in the rear after shopping. “Once scanned, I paid $1.50 for my bagel with a $10 bill, and a change drawer opened.”

He concluded: “The experience wasn't nearly as seamless as the ‘just-walk-out’ shopping Amazon Go is famous for. After all, the whole point of the store — eliminating friction — is lost if people are lining up and paying cash. But it's nice to know that Amazon has a contingency plan that actually works so that nobody is left out, no matter how they wish to pay.”