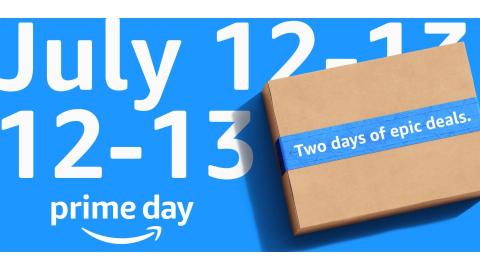 Amazon Prime Day is back, along with competing retailer sales. But with inflation and economic concerns, what will the shopping sales event look like across the retail industry?

The 48-hour shopping event kicks off July 12 at 3 a.m. and deals will drop throughout the Prime Day event, including discounts on brands from small businesses and Amazon’s Climate Pledge Friendly program. Amazon says Prime members will see deals of up to 79% off across categories, including Amazon devices, electronics, entertainment, beauty, fashion, and home.

But summer sales and Prime Day shopping could be impacted this year due to concerns about the economy, says Adobe. Nearly 24% of consumers it surveyed said they don’t plan to shop on Prime Day because they have less discretionary money to spend due to inflation and the higher cost of goods. Another 21% are worried about the economy and its impact on their financial situation, while 20% are shifting spend to necessities.

In addition to economic concerns, shoppers have a lot of choice surrounding Prime Day.

“Amazon may attract more Prime members as a result of the anticipation surrounding Prime Day, but this tactic has been undermined as other mainstream retailers follow Amazon's model and introduce their own versions of ‘Prime Days’ in an effort to attract customers, such as Target's ‘Deal Days’ event,” says John Nash, chief strategy and marketing officer of Redpoint Global. 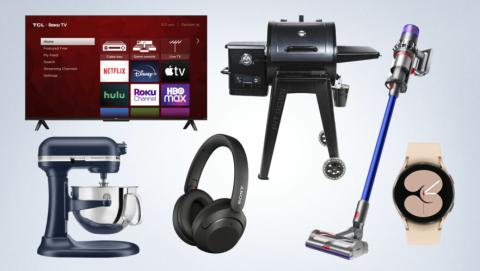 Best Buy has added perks for its Totaltech members this year to its competing Black Friday in July sale.

Now in its fourth year, the Target Deal Days sale kicked off July 11th and runs for three days through the 13th, with discounts across every category at Target, including food and beverage, electronics, beauty, home, apparel and toys.

Best Buy is also running its Black Friday in July from July 11-13, and has added perks for its Totaltech members, including opening up the sale a day early to members and allowing them to continue shopping featured deals through July 17, four days after the sale ends for the general public.

“With more retailers in the mix offering similar discount deals and with inflation at an all-time high and costs continuing to increase, it will be the brands that can effectively differentiate themselves using personalization and the customer experience to build long-lasting loyalty that will come out ahead,” says Nash. “In fact, a recent survey found 64% of consumers would rather purchase a product from a brand that knows them, and 34% would spend more money on the product to do so.”

Of course, some retailers might not be aiming to compete at all this year, with heavy discounting already in play. Walmart won’t be doing its own event to rival Amazon Prime Day this year, according to a company spokesperson, CNBC reports. The report noted that while Walmart has typically thrown its own overlapping sales event, this year, much of its merchandise is already on sale.

“Amazon’s biggest threat more often than not is itself,” says Gregory Ng, CEO of consulting firmBrooks Bell. “Each year, they try to out-gimmick their own work. Brands like Amazon run the risk of trying so hard to be relevant, that the day they planned ends up being completely watered down in the end. The allure of Amazon Prime is its ease and convenience, so condensing all the deals into two days of the entire year defeats the point of the initial attraction many users had.

“Our recent data shows that more than a quarter of Amazon shoppers (26%) are heading to other sites to use their points and rewards, hinting that strong loyalty programs can compete with the allure of Prime. We see this happening with consumers buying into Walmart+ or Target’s Deal Days, as these companies have strong loyalty programs with savings offered year-round.”

While Walmart is neglecting to offer a targeted sale this year, its Walmart+ membership program has been steadily growing its offerings, and the company just expanded it to include InHome Delivery service as an add-on.

“This year’s Amazon Prime Day won’t be the company’s strongest,” predicts Lauren Lang, senior content manager of Constructor. “Inflation, decreased customer budgets for advertising, and limited inventory due to continued supply chain delays, are challenges the retail giant and the independent retailers on the marketplace will face this Prime Day. Other retailers and marketplaces can take advantage of Amazon’s potentially lackluster Prime Day this year by investing in their e-commerce profit centers, delivering personalized search and discovery and a more tailored experience to each individual customer.”