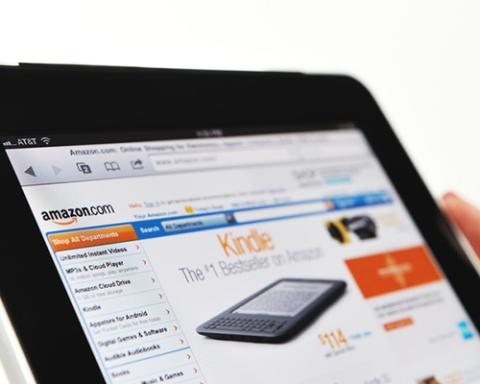 The majority of third-party sellers are small and medium-sized businesses, and their sales grew more than 60% during the Oct. 13-14 event, tallying over $3.5 billion. Amazon said this marked even more growth than its retail business.

eMarketer forecast Amazon would generate $9.91 billion in sales worldwide during Prime Day, including $6.17 billion in the U.S. Analysts were quick to note Amazon's omission of total sales, estimating a flat performance for the e-commerce giant.

New this year was a promotion that gave consumers $10 to spend during Prime Day when they spent $10 at a small business in the weeks leading up to the event. The program generated more than $900 million in sales for the SMBs.

Top-selling categories for third-party sellers include bedding, wireless accessories, nutrition and wellness, health care, and arts and crafts and sewing.

Typically held in the summer, this year’s event was delayed because of COVID-19 disruption, and has instead served as lead-up to the holiday selling season, with several other retailers launching their own competing promotions.

Indeed, Amazon quickly followed up to Prime Day with the unveiling of its Holiday Dash event featuring discounts from both large brands and small businesses. The retailer will release promotions each day throughout the holiday season.