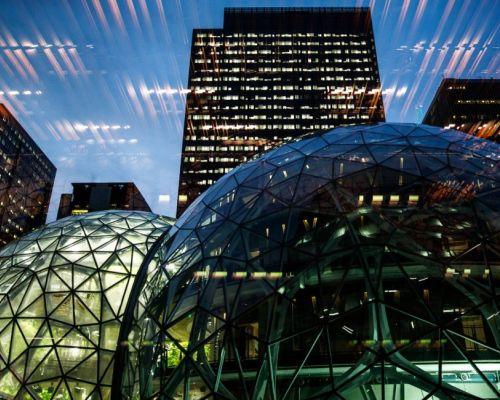 As the company heads into the holiday period it said its in-stock is very strong. Selection should be at its highest point, especially for Prime members.

“I think we're well positioned for the holiday,” said Amazon CFO Brian T. Olsavsky. “We have over 100 million Prime eligible items that are available for free two-day shipping for Prime members.”

Amazon grew square footage for its fulfillment center and shipping areas by over 30% the last two years, 2016 and 2017, but this year the company is only adding about 15% to its square footage.

Olsavsky said Amazon is putting its efforts into its robotics program.

“We think it's been a great addition to our fulfillment capacity” he said. “It makes the jobs in our warehouse that much better. It makes the people around the robots that much more productive. It allows us to have much greater density of product storage and a number of other benefits. It has some additional capital intensity, but it has good return on invested capital from our standpoint.”

Olsavsky noted the company is “very bullish on the fourth quarter.”

“What I would say is that we feel like we're in great shape for the holiday,” he said. “The warehouses are very clean. We feel like we're going to have great capacity not only for retail products but also for Fulfillment by Amazon (FBA). We're going to have great capacity for shipping to our customers. So we're very ready to go.”

As Amazon heads into the holidays, here’s a look back at what it accomplished in its third quarter 2018: