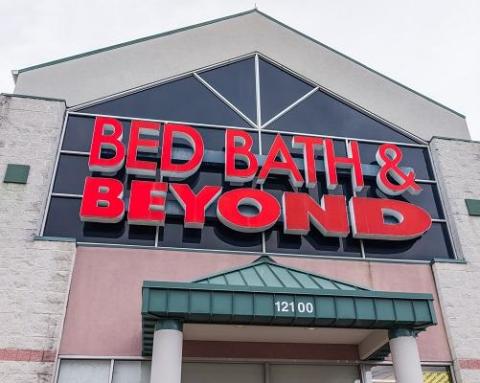 Scott Lindblom was appointed chief technology officer at Bed Bath & Beyond on September 28.

Under the leadership of former Target executive Mark Tritton, Bed Bath & Beyond reported its same-store sales rose 6% in the three months ended August 29, the retailer’s first comp growth since its fiscal 2016 fourth quarter.

While the 2020 Q2 comp sales were partially offset by an approximately 12% decline in comparable store sales, they benefited from strong digital channel growth of approximately 89%.

Mark Tritton, former EVP and CMO of Target, has been focused on turning around Bed Bath & Beyond since he took the reins as president and CEO in November last year. While the retailer has benefited from a renewed consumer focus on the home this year due to COVID-19, it has also been laser-focused on its own digital transformation. Just this week the retailer appointed Scott Lindblom, former VP and CIO of Michaels, its new chief technology officer and announced it’s offering same-day delivery to both its namesake stores and Buybuy BABY locations.

Additionally, the retailer announced its expanded relationship with Google Cloud earlier this month, through a multi-year collaboration supported by Deloitte to accelerate its transformation. The relationship will help it deploy a range of platform solutions to further personalize its omnichannel shopping experience, enhance fulfillment capacity, and optimize merchandising planning and demand forecasting, according to John Hartmann, COO and president, buybuy BABY.

"During this unprecedented time when our homes have become the center of our lives, our company continues to respond with agility to the changing needs of our customers,” said Tritton. “We are delighted by the continued strong response to our BOPIS and contactless curbside pickup service offerings, and we believe the recent launch of our new same day delivery service will make it even easier to shop with us, as we help families across North America unlock the magic of holidays at home."

By the end of the second quarter, the retailer’s digital sales represented approximately 32% of total sales, benefiting from BOPIS and curbside pickup, which now represent more than 15% of total digital sales.

“Customer response to our new BOPIS and contactless curbside pickup services has been strong, generating over $120 million in sales during the quarter and earning us a 5-star rating on over 80% of these of these orders,” said Cindy Davis, chief brand officer and president of Decorist. “BOPIS and curbside are great solutions for our customers and benefit us financially with respect to gross margin, since BOPIS eliminates the shipping expense usually associated with a digital order. This is key, since our digital penetration grew to approximately 32% from approximately 18% in the prior year.”

“From an operations perspective, at the core of our transformation is technology,” Hartmann also noted. “We have initiated an end-to-end modernization of our technology infrastructure to deliver a more agile, responsive, and customer-inspired shopping experience. Today, our digital platform is supporting substantial digital growth and strong customer adoption of new services like BOPIS and Curbside.”