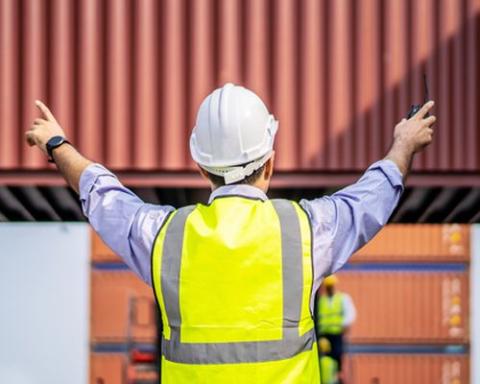 The House voted to approve a historic bipartisan infrastructure bill late Friday, sending the legislation on to the White House for President Biden’s signature.

“This will make it easier for companies to get goods to market more quickly and reduce supply chain bottlenecks now and for decades to come,” president Joe Biden said in a statement.

The Bipartisan Infrastructure Deal (Infrastructure Investment and Jobs Act) will invest more than $550 billion in U.S. infrastructure over the next five years. Earlier this month the National Retail Federation (NRF) launched a six-figure television, radio and digital ad campaign urging Congress and the Biden administration to pass bipartisan infrastructure legislation.

“Retailers rely on the American infrastructure system to move billions of dollars’ worth of merchandise to communities across the country and around the globe every day,” said NRF president and CEO Matthew Shay. “A healthy and efficient transportation system is vital to the success of thousands of retail businesses.

“This substantial influx of investment in our roads, ports, bridges and other core infrastructure will further enable businesses to meet burgeoning consumer demand and promote economic growth. The prioritization of our nation’s fundamental transportation network will mitigate many of the supply chain challenges businesses are experiencing today and will pave the way for a 21st century infrastructure system that can withstand future disruptions.”

The measure passed in a 228-206 vote. Thirteen Republicans supported it, while six Democrats voted against it.

“Retailers are strongly supportive of the infrastructure bill,”Greg Sterling, VP of Insights at top Uberall tells RIS. "While it won't immediately solve the supply chain crisis, which is the result of multiple factors associated with COVID and its impact, it does several things that would have a long-term positive impact. Among them, it pours money into improving ports, roads and other transportation systems that the supply chain relies upon to deliver goods to retailers and consumers. But it will take new thinking about inventory management as well as the combined efforts of government and private parties to put measures in place to prevent a repeat in the future.”

The legislation will also reauthorize surface transportation programs for five years and invest $110 billion in additional funding to repair roads and bridges and support major, transformational projects. The Bipartisan Infrastructure Deal makes the single largest investment in repairing and reconstructing the nation’s bridges since the construction of the interstate highway system. It will rebuild the most economically significant bridges in the country as well as thousands of smaller bridges.

“Tonight, we took a monumental step forward as a nation,” Biden said on the House passage.