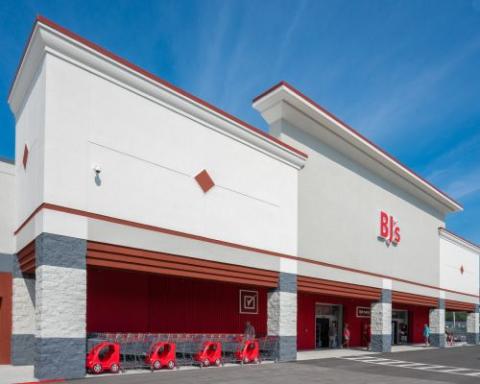 BJ’s Wholesale is calling on a federal judge to throw out a patent lawsuit that Walmart filed against the retailer in March, CNBC reports.

The dispute is over proprietary self-checkout tech. In its complaint, Walmart’s legal team alleges that BJ’s stole Walmart-owned technology — specifically the self-checkout option for the Sam's Club mobile app (Sam's Club Scan & Go), which allows members to pay for their in-store order directly from their mobile app.

Walmart recently submitted a lawsuit against BJ’s Wholesale Club Holdings Inc., in the Middle District of Florida, on behalf of its patent-holding subsidiaries, Sam’s West, Inc., and Walmart Apollo, LLC.

“Nothing about Sam’s Club’s Scan & Go processes is inventive or unconventional; indeed, many other retailers provide a self-checkout option to their customers,” BJ's said in the court filing, CNBC wrote. The retailer said simply adding a smartphone and Bluetooth does not make it eligible for patents.

Sam’s Club’s technology launched in 2017, first allowing members to scan barcodes from their phone in order to pay from the mobile app — eliminating the need to wait in lines for checkout. Since then, the technology has progressed, now allowing consumers to scan items in their cart from any angle using computer vision technology that identifies products without requiring a barcode scan.

Additionally, the company has expanded its capabilities into the fuel category on a nationwide basis. Upon downloading the Sam’s Club app, consumers can click on a Scan & Go icon to scan the QR code at the fuel station pump and select their method of payment. Members automatically receive their member discount and receive their receipt via email.

Earlier this year, the company also launched a pilot for “Scan & Ship,” which will allow Sam’s Club members to place direct-to-home orders in the aisle by scanning merchandise included in the program.

How does this offering compare to BJ’s Express Pay? In the complaint, Walmart said Express Pay is “strikingly similar to Sam's Club's Scan & Go, offering nearly identical functionality," merely changing in-app colors and the name to differentiate the platform.

According to BJ’s website, members can pay with their BJ’s mobile app and show a QR receipt at the door. The technology is available in most club locations, and consumers can access digital coupons from the app as they shop.

Walmart alleges it filed patents for its checkout technology from 2018 to 2020, first featuring its Scan & Go offering on the mobile app in 2016 before Express Pay entered the area in late 2021. However, BJ’s checkout solution began its piloting process in 2017, serving limited clubs in Connecticut, New Hampshire, Florida, and New York, following the launch of its new mobile app.