Omnichannel children's apparel retailer Carter's expects that the largest source of the company’s growth over the next five years will come from its e-commerce business, yet the retail also has plans to open 240 more stores by 2021. 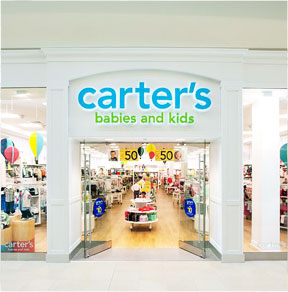 Carter's expects the store openings will contribute about $250 million to its growth plan. Consolidated net sales grew 1% over last year driven by strong growth in the retailer's e-commerce businesses and the contribution from Skip Hop, which Carter's acquired this past February for approximately $140 million in cash. Its U.S. retail segment grew 3% in the first quarter of 2017 driven by particularly good performance in its e-commerce business. Sales in the stores component of U.S. retail declined year-over-year.

International e-commerce performed well in the first quarter growing nearly 30%, with Canada driving most of this growth comping up around 40%. China posted solid e-commerce growth as well.

"We expect that largest source of our company’s growth over the next five years will come from our e-commerce business," said Chairman and CEO Michael Casey. "According to third-party research, our e-commerce business was the second largest contributor to the growth in online sales of young children’s apparel in the United States last year, second only to Amazon."

Casey also commented on why Carter's plans to open stores when other retailers closing so many. "We continue to believe that our stores are an important part of our brand experience for families with young children. Our latest consumer data suggest that in the past 12 months 86% of our active customers shop in our stores. And our multi-channel customer, those who shop in our stores and online is the fastest growing segment of our customer base with annual spending significantly higher than the single channel customer."

Carter's said substantially all of its stores are cash flow positive and it closes around a dozen stores a year. While the company doesn't see that changing, short 3.5-year leases on average affords the retailer the flexibility to close more stores if needed. 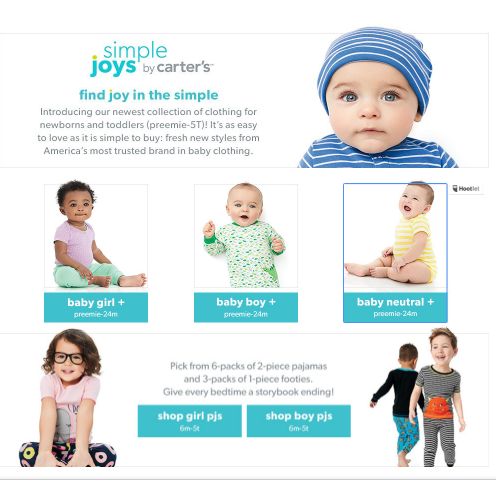 Carter's announced the launch of its new brand Simple Joys of Carter's designed exclusively for Amazon. With this launch, the company now has four brands selling on Amazon. Carter's also plans in the near-term to add Skip Hop to carters.com and be completed by later this year.

"With the contribution of Skip Hop and Simple Joys together with our other growth initiatives, we believe we're on track to have another good year of sales and earnings growth," said Casey.

Carter's has been working with Amazon on the Simple Joys launch over the past year, modeling the new business after the successful launches of its exclusive brands developed for Target and Walmart.

"I would say it’s the first brand we’ve done that’s 100% focused on the digital experience for digitally savvy millennials and a more affluent Prime customer," said Casey. "Its multiple piece bundles and the Prime members obviously have free shipping as the benefit. So it is purposely built for multiple units."

"We worked hard with Amazon by testing Carter's bundles in the last quarter of last year we learned a quite a bit. And we’ve been selling it for about three weeks, the marketing is yet to hit, but we’re off to a good start, and we’re excited about the potential."

The relationship with Amazon started because Amazon wanted a better experience for their consumers. The e-commerce giant had a lot of one-off pieces and duplicate product on the site for the Carter’s brand.