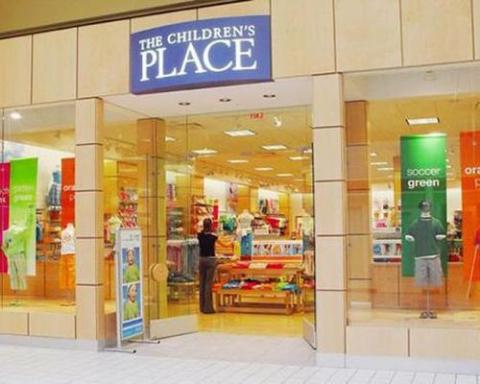 Since April, the retailer has had more than 85% of its U.S. stores fulfilling ship-from-store orders.

The Children’s Place plans to shutter 300 stores, reducing its mall-based portfolio to less than 25% of total revenue, as the retailer shifts its focus to digital sales.

The children’s apparel retailer said it’s targeting to close an additional 300 stores by the end of 2021, stating with 200 closures this year and 100 more planned for 2021. The closures will slash its brick-and-mortar fleet by a third. The Children’s Place had 920 stores in the U.S. and Canada as of May 2, however, as of June 8, just 61 stores were re-open to the public in the U.S. and Canada due to temporary closures resulting from the COVID-19 pandemic.

“This initiative will greatly reduce our reliance on our brick-and-mortar channel and we are targeting our mall-based, brick-and-mortar portfolio to represent less than 25% of our revenue entering fiscal 2022,” Jane Elfers, president and CEO said in a statement.

Elfers noted in the company’s earnings call that the store development team strategically positioned the company for flexibility in its lease terms, culminating in lease actions that impact approximately 70% of its fleet through fiscal 2021.

“This level of fleet flexibility on a fleet of our size is unique and because of it we can now significantly accelerate store closures without financial penalty,” she said.

Net sales fell 38% in the retailer’s first quarter of 2020, but with the majority of its stores still closed The Children’s Place said online demand is up 300%. E-commerce sales increased 12.2% to approximately 53% of total net sales, as online sales accelerated following its March 18 store closures. It expects that most of its locations will have reopened by July 1.

Since April, the retailer has had more than 85% of its U.S. stores fulfilling ship-from-store orders, which has more than doubled its daily DC shipping capacity, enabling it to fulfill around 55% of digital orders via ship-from-store.

“If we had not made these digital investments when we did, we would be losing significant market share and brand loyalty at a critical time."
CEO Jane Elfers
Get More Retail News Delivered!

The retailer implemented ship-from-store capabilities across its entire fleet two years ago, which Elfers called a “significant competitive advantage.”

“If we had not made these digital investments when we did, we would be losing significant market share and brand loyalty at a critical time,” she said, and later noted, “obviously we have the stores really pitching in now to help with the social distancing going on in the DC.”

Based on some of the safety protocols the retailer put in place amid COVID-19, capacity in The Children’s Place’s distribution centers (DCs) is somewhat limited.

“When we look at ship-from-store economics, obviously, they don’t have the equipment that our distribution centers have,” COO and CFO Mike Scarpa said.

He estimated, concerning labor productivity, the stores operate a 40% productivity level of the retailer’s DCs.

“Obviously our order size has increased nicely in these last couple of months, and we are seeing our units per transaction (UPT) is actually up over 20%,” he noted. “So what we are incurring is, splits associated with that, which drives freight costs up, probably in the 40%-60% range compared to when we’d normally ship complete orders through. So not the most economical situation for us, but we are thrilled we have the ability to expose store inventory, ship-from-store and meet moms’ needs and reduce our overall inventory burden, as we move into back-to-school.”