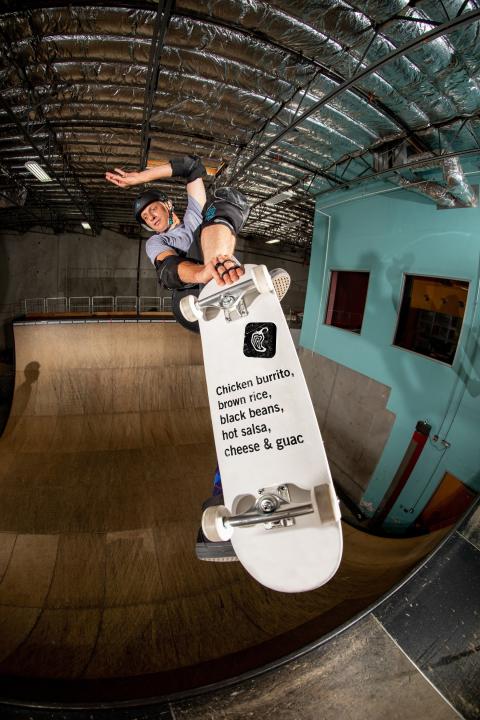 Chipotle Mexican Grill has teamed up with skating legend Tony Hawk on a digital promotion, bringing gaming, live streaming, and burritos together.

Chipotle will offer Hawk’s go-to Chipotle order exclusively on the Chipotle app and Chipotle.com. The first 2,000 fans who order the Tony Hawk Burrito will get access to the Tony Hawk's Pro Skater 1 and 2 Warehouse Demo for PlayStation 4, Xbox One, or PC.

The launch will culminate in a two-hour live stream from Chipotle's Twitch page on August 14, featuring Tony Hawk, fellow skateboarder Jagger Eaton and actor Finn Wolfhard playing the Tony Hawk's Pro Skater 1 and 2 Warehouse Demo. The trio will give out up to 5,000 free burritos to viewers throughout the stream.

"This first of its kind menu integration gives our fans a chance to eat like the greatest skater of all time and get access to the demo for one of the summer's most anticipated video game releases," said CMO Chris Brandt. "Real athletes need real food, and Chipotle is excited to continue being a part of Tony's training routine whether it's competing at the skatepark or in a video game."

Tony Hawk has been a Chipotle celebrity card holder, an exclusive membership tier afforded to famous friends of the brand that grant recipients free meals and catering, since 2013.

"Chipotle burritos are a favorite way to refuel after long skate sessions," said Tony Hawk. "It's a blast to see the enthusiasm for Chipotle, skating and video games continue to grow and inspire a new generation.”

Since launching its channel earlier this year, Chipotle has amassed more than 27,000 followers on Twitch. Finales for the Chipotle Challenger Series, the brand's marquee esports tournament that allows amateur gamers to compete against gaming stars and celebrities, have been livestreamed from Chipotle's Twitch, along with exclusive musical performances.

For more on gaming and shopper habits: