Almost 10 million Americans have filed for unemployment benefits in the last two weeks, including a record 6.65 million people in the week ended March 28, according to figures released by the U.S. Department of Labor, as the coronavirus pandemic continues to rock employment numbers nationwide.

In the week prior, 3.3 million filed and all states reported increases in initial claims for the week ending March 21, with the largest increases in Pennsylvania, Ohio, Massachusetts, Texas and California. The smallest increases were in the Virgin Islands, South Dakota, West Virginia, Vermont and Wyoming.

The retail industry has been bearing the brunt of layoffs and furloughs as stores are forced to close across the country. While some retailers are hiring associates by the thousands as demand skyrockets, many are being forced to limit staff. Below, RIS takes a look at the latest retailers cutting back on associates and salaries in light of Covid-19. 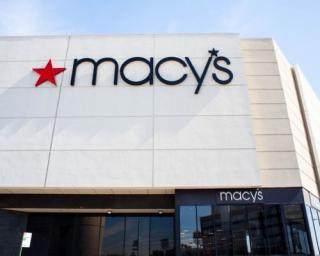 Macy’s, which has about 130,000 employees, said it will be moving to the “absolute minimum workforce needed to maintain basic operations” across its Macy’s, Bloomingdales, and Bluemercury brands.

“While the digital business remains open, we have lost the majority of our sales due to the store closures,” Macy’s said.

The majority of Macy’s employees will be furloughed beginning this week, however the digital business will see less so Macy’s can continue to run e-commerce operations. At least through May, furloughed employees enrolled in health benefits will continue to receive coverage with the company covering 100% of the premium. 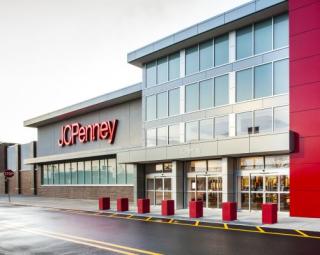 J. C. Penney Company will temporarily furlough the majority of store hourly associates, beginning April 2, as it extends the temporary closure of its stores and business offices. Beginning April 5, a significant portion of associates in the company’s home office, Salt Lake City, and Soho design offices will be furloughed, along with its store salaried associates. Many of the retailer’s associates in supply chain and logistics centers were previously furloughed on March 20. All furloughed associates who are currently enrolled in the JCPenney benefits program will continue to receive full health benefits and the retailer plans to cover 100 percent of employee-paid premiums for the duration of the furlough.

“These are difficult days all across the country and the globe,” said Jill Soltau, CEO of JCPenney. “We remain optimistic about JCPenney’s ability to weather this pandemic. We also believe these short-term solutions will have a long-term benefit for our associates, customers, and key stakeholders as we look forward to the day that we reopen our doors.”

Its e-commerce distribution centers and customer care will remain open, but will continue to operate by following enhanced social distancing, best practices for sanitization, and other safety measures. Its international operations continue, while complying with government mandates.

Gap is furloughing the majority of its store teams in the United States and Canada as it expects to extend store closures past the original April 1 date. It will continue to offer employees applicable benefits until stores can reopen.

It’s also reducing headcount across its corporate functions around the world, and the entire Gap Inc. leadership team and the board of directors will take a temporary reduction in pay. 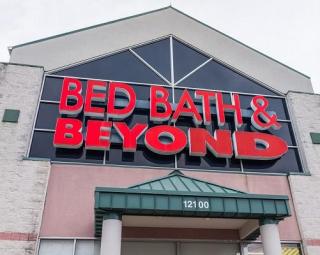 The company is extending its temporary closures through at least May 2, with the exception of its Buybuy Baby and Harmon stores, which remain open to provide essential baby and health items.

As part of this, it’s furloughing the majority of its store associates and a portion of its corporate associates until at least May 2. It’s also reducing executive salaries by 30%, while the chairman of the board and all other independent directors will forgo 30% of their quarterly cash compensation.

All unpaid furloughed associates who participate in the company’s benefits program will have 100% of the cost of their healthcare premiums covered by Bed Bath & Beyond until further notice.

In order to manage the coronavirus-related uncertainty, the company is prioritizing approximately $250 million in essential capital expenditures to drive strategic growth plans, including investments in digital and buy-online-pickup-in-store.

“We are taking decisive action across our business to proactively manage the unprecedented financial and operational impacts of COVID-19, while we prioritize the investments that will allow us to rebuild and grow,” said Mark Tritton, president and CEO. “These measured steps will help preserve our financial health and best position Bed Bath & Beyond for our associates, customers and other stakeholders.” 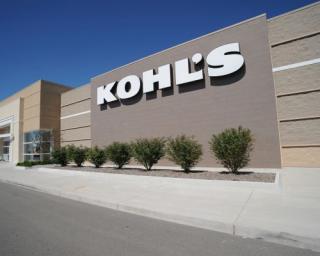 Kohl's has extended its store closures until further notice and furloughed store and store distribution center associates, as well as some corporate office associates whose work has been significantly reduced by the store closures.

Kohl’s provided two calendar weeks of pay to all store and store distribution center associates and will continue to provide existing health benefits to furloughed associates.Kohl’s CEO Michelle Gass will not take a salary.

The retailer is also taking the following actions:

With “limited visibility” on when its stores will be able to reopen, Ross Stores will temporarily furlough the majority of its store and distribution center associates, as well as some other associates across the business starting on Sunday, April 5th, until operations can resume.

CEO Barbara Rentler and chairman of the board Michael Balmuth will receive no salaries and the senior executive team will take substantial salary cuts during this period, with smaller salary reductions cascading down to all associates through a “certain level.” In addition, the company’s outside board members have agreed to forgo their cash retainer. 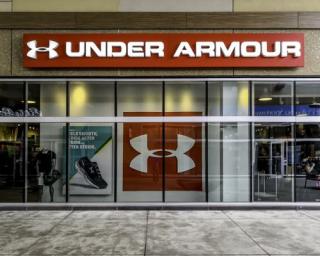 Under Armour extended its store closures until further notice and said on April 12th the retailer will temporarily lay off all associates that work in its U.S. full price and outlet stores, and approximately 600 employees that work at its U.S.-based distribution centers. The company will cover full health benefits for benefit-eligible workers for around two months during this temporary layoff period. It will also begin paying premium bonuses to its distribution center employees continuing to work during the crisis.

"In these unprecedented and challenging times, the majority of stores where Under Armour is available remain closed, contributing to a significant decline in revenue," said Under Armour president and CEO Patrik Frisk. "While we're thankful for the meaningful balance sheet improvements we've driven over the past two years and we are seeing some early signs of recovery in our APAC region, this unanticipated shock to our business has been acute, forcing us to make difficult decisions to ensure that Under Armour is positioned to participate in the eventual recovery of demand.”

In addition, the company's board will be reducing its compensation by 25% and all of the company's EVP titles and above will be taking a 25% salary cut through the duration of the crisis.

Guess is extending its stores closures until further notice and furloughing all of U.S. and Canada store associates.

The company will fund health insurance premiums during the furlough for all eligible employees impacted by these measures.

L Brands, the parent company to the lingerie retailer as well as Bath & Body Works, is extending store closures until further notice.

Most stores associates are being furloughed, as are those who aren’t working to support its e-commerce business or who cannot work from home.

The company is reducing base compensation by 20% for senior VPs and above, and while salaries for chairman and CEO Leslie H. Wexner and other members of the board of directors have been suspended.

In better news, parent company Tailored Brands is bringing back previously furloughed employees to make 50,000 masks over the next few weeks.

Questions About the Effects of COVID-19 at Retail? Join Our Webinar Series
Advertisement