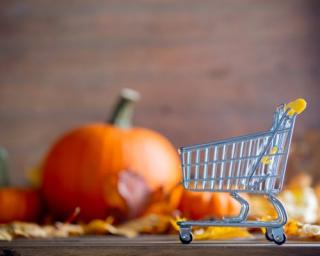 On Thursday morning, the Thanksgiving holiday, Costco added a banner to its website alerting shoppers that its website was "experiencing slow response times."

While Costco kept its doors closed Thanksgiving, it had planned to offer its Black Friday deals early online. After posting about the response times, the retailer later acknowledged the outage and extended its Thanksgiving Day sales.

"The website is currently experiencing longer than normal response times,” it later read. “Please note that all Thanksgiving Day-only promotions have been extended into Friday November 29th, WHILE SUPPLIES LAST. We apologize for any inconvenience."

The website was down for at least 16.5 hours, according to data from the outage-tracking website Downdetector, which was shared with Business Insider by the retail aggregate LovetheSales.com. LovetheSales.com worked out that Costco would pull in about $11,035 in e-commerce sales per minute, which means that in this time period, Costco could have possibly missed out on as much as $10.9 million worth of sales.

Upset shoppers took to Twitter under #CostcoDown to discuss the outage.

#costco#CostcoDown#BlackFriday Well costco, I finally gave up after 36 HOURS of reloading and went into the store to get the laptop, of course, the online-only version wasn't in stores...because online ONLY...if only your Flipping website could have been ONLINE...IF ONLY!!

While I really do hope that all #Costco employees are enjoying a day off, I am stunned that their website has been down ALL DAY! #blackfridayfail#costcodown

To all you people mentioning #costco lost 11 million in sales when the site went down. They didn't lose 11 million. With margins being razor thin on those products the probably lost about 1.5 million in profit plus a lot of return headaches. #costcodown

Not trying to buy anything just reserve a rental car. Even the travel account isn’t working. #CostcoDown