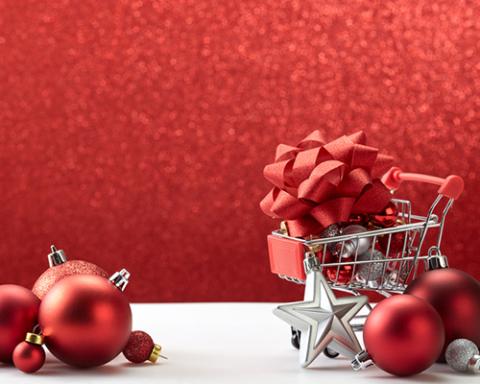 U.S. retail sales inched up just 0.3% in October, according to seasonally adjusted data from the Commerce Department, marking the smallest increase since the pandemic recovery began in May.

However, at $533.3 billion, sales were 5.7% higher than the prior-year period, and the numbers indicate it will be a reasonable holiday for retail, Neil Saunders, GlobalData managing director, retail, told RIS News, though he tempered this by noting there are early signs consumers are losing momentum.

“Unless there is another round of stimulus, this suggests that holiday spending will fall a long way short of being a boom,” he said.

The National Retail Federation said it was encouraged by the sixth consecutive month of growth, with NRF chief economist Jack Kleinhenz describing them as “so far, so good” within the larger holiday landscape.

“October retail sales remained on track despite the pandemic continuing to affect households and businesses. The steady expansion of retail sales is good news against the background of these unusual economic circumstances and climbing virus cases in recent weeks,” Kleinhenz said. “Early holiday shopping appears to have supported October’s increase in sales.

But he too acknowledged the rise in COVID-19 cases as a factor weighing on consumer perception, sentiment and spending, and he warned of a possible retrenchment if the latest virus wave isn’t thwarted.

The shift of Amazon Prime Day from summer to fall kicked off some early holiday spending, though Inna Kuznetsova, CEO of analytical intelligence provider 1010data, said these effects were only experienced in certain categories, such as electronics.

When broken out by category, the Commerce Department’s October results presented a mixed bag. Furniture and home furnishing stores, clothing and clothing accessories store, and sporting goods and hobby stores all showed declines from September, recording decreases of 0.4%, 4.2% and 4.2%, respectively.

Electronics and appliance stores, building material and garden stores, and food and beverage stores, and all ticked up 1.2%, 0.9% and 0.2%, respectively

E-commerce retailers, meanwhile, grew 3.1%, and it will be difficult to overestimate the importance of online sales this holiday season, said Deborah Weinswig, CEO and founder of Coresight Research.

“The fact that non-store sales continue to grow month over month is a sign that consumers aren’t going to stop using their spending power online,” she noted, “even in categories like grocery that were traditionally offline dominated.”

Indeed, there are clear signs that there will be winners and losers this season, Saunders said, noting the growth of home retailers and the continued declines of apparel. Expect food and grocery stores to perform well as people eat out less.

“Online will be a winner, so any retailer with a good digital or multichannel offer should see some success,” he added.

“The shift to online continues to boom in advance of what may be a return to more lockdowns,” said Kuznetsova. “This, and the ability to meet growing customer preferences for ordering online and picking up in the store, will continue to drive who wins and loses longer term.”

Weinswig agreed that grocers with strong BOPIS and expedited delivery options will do particularly well. “Consumers increasingly buy their groceries through digital channels, and more than 90% expect their orders to be delivered on the same day, making a strong logistics network and online presence necessary,” she said.