By Liz Hartnett, Apparel Contributing Writer - 06/02/2016
Get great content like this right in your inbox.
Subscribe
Tom Ford: "Dressing well is a form of good manners."

Looking good feels good, and it shows that you care — that's a simple but powerful idea that helped motivate JetBlue Airways to introduce sharp new uniforms for its crewmembers nationwide in the summer of 2014. The garments themselves are notable for their style and functionality, but the real innovation here was the slick process devised to launch the new line.

Legendary designer Stan Herman created the snappy new uniforms. Often called the "Father of Fashion Week," Herman has been designing uniforms for high-profile companies since the 1970s, and created JetBlue's original design in 2000. He understands the role that uniforms play in company culture and job satisfaction. In a 2012 interview with CNN, Herman explained:

"The most important thing is likeability," Herman said. "If a corporation walks around in a uniform they don't like, they become a grumpy corporation."

There's little chance of JetBlue's becoming a "grumpy corporation," given the quality and style of the new garments. They build on the classic design that characterized JetBlue's first uniforms, and push forward with a more graphic play of color. The design emphasizes shape and fit, incorporating durable, high-quality fabrics and details such as piping in a sophisticated blue palette.

Designing clothes that work for diverse groups such as the 9,000 JetBlue crewmembers — including pilots, flight attendants, gate agents, aircraft maintenance, and ramp personnel — is no small feat. Getting custom-fitted uniforms delivered and ready to wear in just six weeks is incredible. But that's just what happened.

In producing the finished product, Herman worked closely with HPI Direct, a division of Superior Uniform Group based near Atlanta. In partnership with JetBlue’s internal Uniforms team, they developed an implementation plan that made it possible to launch the new uniforms across the country on the same day. This was quite a challenge given the fact that many of these crewmembers start their day on one coast and end it on the other. "We wanted to create a seamless ordering process for our JetBlue crewmembers and ensure we could achieve a light-switch cutover to our fabulous new look," said Eva Topalidis, JetBlue's manager who executed the uniform cutover project. The team's approach was to set up pop-up uniform fitting stores at six hub locations across the United States. Most crewmembers could take care of fitting and ordering where they worked.

HPI's vice president for design, Lisa Stewart, credits up-front planning with the effort's success. "We started the planning four months in advance and held weekly planning calls with the JetBlue Uniform team located at JetBlue University in Orlando," she explained. Other key components to the plan were the allocation of space for the pop-up fitting rooms and the use of scheduling software to allow crewmembers to choose their fitting appointment. "We held extended shifts and in some locations double shifts to accommodate their varied work schedules," Stewart said.

HPI direct manufactured the custom-fitted uniforms and delivered them to crewmembers at home. On June 15, 2014, the entire organization went to work in fabulous new ensembles. Most uniforms were recycled and many of the unworn items collected have been used to produce, in collaboration with Manhattan Portage, the JetBlue Signature Bag Collection. 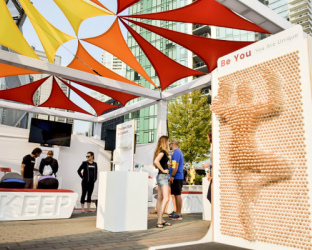 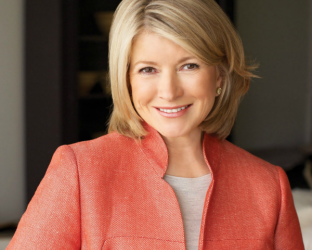 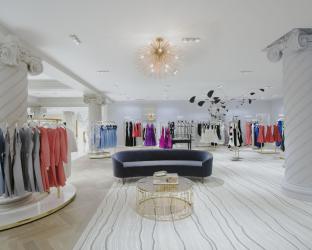