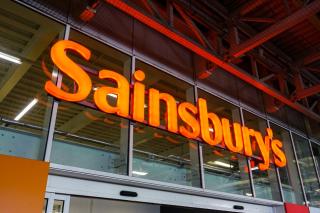 As the second largest grocery store chain in the United Kingdom, Sainsbury’s has to contend with vast amounts of data and a set of ever-changing customer demands. In an attempt to drive better decision-making and gain a clearer understanding of these insights, the retailer has undertaken a series of partnerships and Cloud-based projects over the last few years aimed at mobilizing data and keeping pace with dynamic pricing changes.

The need to understand these customers is more urgent than ever, and the retailer has been partnering with advanced analytics software provider Alteryx to both simplify their data collection processes and meet the demands of their customers, their leaders, and their business.

In a recent webinar, Sainsbury’s head of commercial analytics, Jos van der Boom spoke with Paul Winsor, head of retail & CPG for EMA and APAC at Snowflake to outline how the partnership with Alteryx has enabled his team to build out their cloud capability to fit with their overall data and information architecture, including through their price match program with Aldi. In the conversation, van der Boom outlines how the solution has enabled the analytics team to carve out a private space in the cloud for maximizing their data and processing powers and ultimately delivering value.

Sainsbury's’ Commercial Analytics team first partnered with Alteryx for a specific use case, says van der Boom, but quickly realized the implementation would be valuable more broadly and in the longer term. “We were coming out of the transition from a legacy coding platform,” van der Boom explains. “We needed a tool that could ingest data from a wide range of sources and that was quick to build in [...] something that we could continue to use, maximizing the benefits of Python and the great Snowflake infrastructure that we have.”

Among the features that the retailer found most attractive were the scheduling and the user-triggered apps. In addition, the team were drawn to the fact that the solution could be used for machine learning and statistics, with van der Boom pointing out this was useful as “more junior analysts could be taken on that curriculum of the things to look out for when you're building a statistical model building pipelines.”

In June 2022, Sainsbury’s announced plans to match the prices of top discounter Aldi, aligning 6% of their total volume’s pricing to those of the German-owned grocer and retailer. Key focus areas were meat and poultry, along with butter, onions, and cauliflower. This scheme required robust data strategies and sophisticated analytics tools – both descriptive and predictive – to be successful.

"Sainsbury's has a very high profile campaign called Aldi Price Match [...] in which we price match a selection of our most important products to Aldi, which is one of the prominent discounters in the UK," van de Boom shared in the webinar discussion. "And so you can imagine, in that context, every second counts, you really need to be on the ball. And so the combination of Alteryx and Snowflake allows my team to deliver at pace, but also to get the reports to our stakeholders exactly when, when they need them."