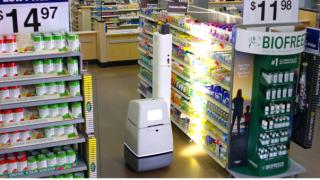 Walmart is rolling out shelf-scanning robots to 50 U.S. stores to replenish inventory faster and free up time for associates.

The new shelf-scanning technology uses automation to handle tasks that are repeatable, predictable and manual, such as scanning shelves for out-of-stock items, incorrect prices and wrong or missing labels.

Walmart revealed in its blog it has tested the technology in a small number of stores in Arkansas, Pennsylvania and California. Now it's expanding the tech to an additional 50 locations.

According to Reuters, the approximately 2-foot (0.61-meter) robots come with a tower that is fitted with cameras that scan aisles to check stock and identify errors. The robots pass that data to store employees, who then stock the shelves and fix errors. The company said the robots would not replace workers or affect employee headcount in stores.

“If you are running up and down the aisle and you want to decide if we are out of Cheerios or not, a human doesn’t do that job very well, and they don’t like it,” Jeremy King, chief technology officer for Walmart U.S. and e-commerce, told Reuters.

The robots are 50%more productive than their human counterparts and can scan shelves significantly more accurately and three times faster, King said.

"As with anything we roll out to our stores, the feedback from associates and customers will guide us in how and where we use this technology in the future," said Justin Rushing, Walmart Communications.