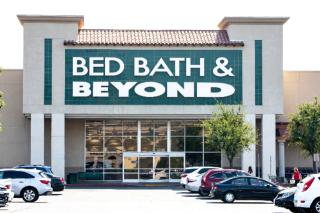 Bed Bath & Beyond has moved interim CEO Sue Gove into a permanent position, naming her the new president and chief executive officer.

“I look forward to continuing our important work alongside our highly engaged management team and Board as CEO. At Bed Bath & Beyond, we have never been more strategically and culturally focused, and I remain dedicated to executing on our back-to-basics philosophy, accelerating our performance, and focusing on financial returns,” Gove said.

The news comes at a time of  big changes for the retailer. Back in August, the company did away with the chief operating officer and chief store officer roles, resulting in John Hartmann and Gregg Melnick’s departures. At the time, the company also tapped Mara Sirhal as executive vice president and brand president, and promoted Patty Wu to EVP and president of buybuy BABY.

Following disappointing financial results – and about a 64% decline in stock so far this year – the home goods company is now leaning hard into their turnaround strategy. Announced on August 31, 2022, the plans include closing an estimated 150 lower-producing Bed Bath & Beyond banner stores and trimming around 20% of jobs across the corporate and supply chain workforce. The company also gained $500 million in new financing and set plans in motion to sell off $12 million shares of common stock with a view  to stabilizing their finances and repaying debt.

Bed Bath & Beyond also doubled down on investments into their digital and loyalty efforts, launching a new rewards program that allows customers to redeem points across all three retail banners on each purchase. The company also looked to diversify and expand their customer base by teaming up with The Kroger Co. to establish an omnichannel, one-stop shopping experience that bridges the gap between grocery and home goods products.