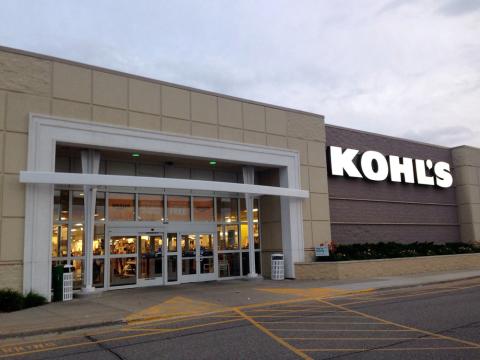 In Kohl’s recent letter to shareholders, the company didn’t hold back, stating that Macellum is attempting to take control of the board with an “inexperienced, unqualified slate.”

Kohl’s continues to push back against pressure, calling on shareholders to reject activist group Macellum’s proposal to add 10 new board directors.

Kohl’s urged shareholders in a letter Thursday to vote for its board nominees at its annual meeting in May. The department store retailer came under fire from Macellum, which holds nearly 5% of the outstanding common shares of Kohl’s, when it issued an open letter to its fellow shareholders and later nominated 10 directors, which would give it control of Kohl’s board if elected.

In Kohl’s recent letter to shareholders, the company didn’t hold back, stating that Macellum is attempting to take control of the board with an “inexperienced, unqualified slate.”

The retailer pointed out that six of the ten nominees “have never served on a public company board, and none have served on a retail company board of comparable size to Kohl’s. In addition, Macellum is promoting an ever-changing narrative, misinformed claims, and value-destructive proposals, all of which reveal a reckless and short-term approach that is not in the interest of driving long-term, sustainable value.”

“Macellum evidently handpicked these nominees for their proximity to Mr. Duskin to amplify the hedge fund’s shortterm agenda,” the letter reads. “In contrast, the Kohl’s Board is 100% independent with the sole exception of the CEO and benefits from the diverse perspectives of our directors who are acting in the best interest of all shareholders.”

Kohl’s ended the letter by asking shareholders to re-elect the Kohl’s board at the annual meeting or “elect Jonathan Duskin and his associates to destroy value in the strategic alternatives process or as operators.”

Is Kohl’s Approaching a Sale of the Company?

On March 21, Kohl’s confirmed it had received “multiple preliminary indications of interest.”Kohl's has asked bidders to submit revised bids in form of higher offer or financing for the department store chain, according to CNBC's Sara Eisen, Seeking Alpha recently reported.

As to who is bidding on Kohl’s, The Wall Street Journal has reported that private-equity firm Sycamore Partners and Canada’s Hudson’s Bay were planning separate bids that could value Kohl’s above $9 billion, according to people familiar with the matter.

In January, Kohl’s received an unsolicited offer that valued it at around $9 billion. A group led by Acacia Research Corp., which activist hedge fund Starboard Value LP controls, offered $64 a share in cash, while Sycamore Partners reportedly reached out to Kohl’s about another deal.

In Kohl’s letter to shareholders, it noted that “Macellum has repeatedly criticized Kohl’s for rejecting an offer to acquire the company at $64 per share, a price that is well below the value that Macellum itself publicly declared. Their focus on short-term value is further evidenced in the selling of stock in the low $60s over the last month.”

In January, Kohl’s board and its finance committee, comprised solely of independent directors including a designee from Macellum, directed Goldman Sachs to engage with bidders who submitted indications of interest in Kohl's that were non-binding and without committed financing. The retailer said the process continues and involves “further engagement with select bidders who submitted indications of interest in Kohl’s, including assisting with further due diligence that may create opportunities to refine and improve proposals.”

More Background on the Kohl's Saga