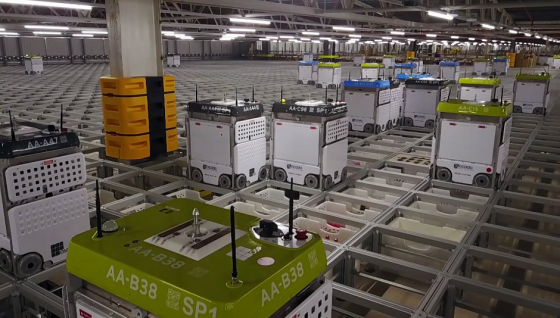 As The Kroger Co. continues to battle Amazon and Walmart in the grocery delivery, it has a new weapon up its sleeve. Kroger is hoping its new partnership with U.K. e-commerce grocer Ocado will help it design a flexible fulfillment system that can scale based on customer demand, the retailer said on its recent earnings call.

"We are incredibly excited that it is Kroger who is bringing Ocado technology to the U.S. for the first time," said McMullen. "The platform includes online ordering, automated fulfillment and home delivery capabilities, so it's a perfect fit with our vision and strategy. We look forward to innovating together with Ocado to enhance Kroger's digital and robotics capabilities."

Kroger and Ocado are already working to identify the first three sites in 2018 for development of new, automated warehouse facilities in the U.S., and will identify up to a total of 20 over the first three years of the agreement. Kroger has said the partnership with Ocado will accelerate its creation of a seamless shopping experience.

"We’re going to open the facilities as fast as we can," noted McMullen. "Obviously, there's a certain amount of time that takes to construct a facility and then for Ocado to build it out. So there is plenty of pressure on Ocado and us to get them open as quickly as we can. But there is obviously a certain amount of time in terms of what it takes to actually get the work done."

Kroger's goal with Ocado is to make sure the grocer has an overall infrastructure for digital that can support flexible demand. If the digital demand is high, the automated warehouse facilities will be used to take pressure off of the store, and the store will become more of a distribution point.

"We would expect that Ocado would be something that we will pick orders out for stores as the orders in the store become high enough percentage that affects the customers’ experience," said McMullen.

The grocer noted when a customer engages with it digitally, Kroger gets a higher share of their total household spend. The digitally engaged shopper still comes into the store, "but they come in to it based on when they want to" said McMullen.

Kroger said it's taking a balanced approach to how it's spending and investing the benefits of the Federal Tax Cuts and Jobs Act, distributing investments evenly between associates, customers and shareholders.

"Our investment in Ocado is a great example of what's possible with our new approach to investing capital," EVP & CFO, Mike Schlotman noted.

But Kroger is also investing in its associate experience, including a $0.5 billion investment in wages for store associates, an increase in the grocer's 401k contribution match, and an expansion of associate discounts.

Kroger's new Feed Your Future program offers up to $3,500 in annual tuition assistance to any associate who wants to attend, whether they're interested in completing a GED or an undergraduate degree, an MBA or professional certification.  Both full and part-time associates can take advantage of up to $21,000 in total assistance as long as they’ve been Korger for at least six months.

The grocer noted it's seeing improvements in retention.

Kroger Named Best Place to Work in IT

Kroger Technology has been named to Computerworld's "Top 100 Best Places to Work in IT" for 2018.  This is the second time Kroger's tech department has been recognized by the annual list for having a dynamic, industry-leading workplace culture and mission. This year, Kroger ranks 58th among large companies.

"We are programming our company's future through Restock Kroger, and technology and digital are at the core of the journey," said Chris Hjelm, Kroger's EVP and CIO. "Kroger Technology associates are driving innovation and solutions to seamlessly blend online and offline shopping to redefine the grocery customer experience."

Hjelm was named one of Computerworld's "Premier 100 Technology Leaders" for 2016 and Brett Bonner, Kroger's vice president of research and development, received the award in 2017. 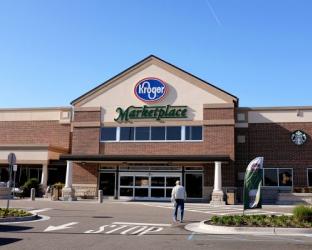 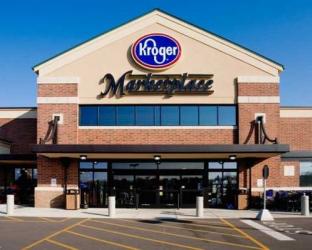 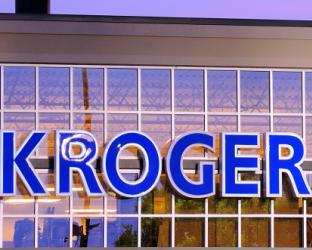 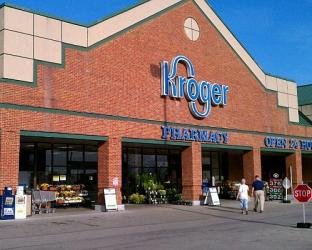 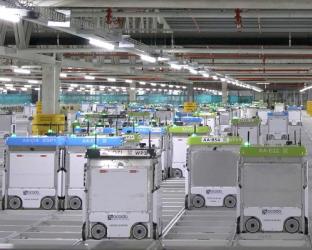