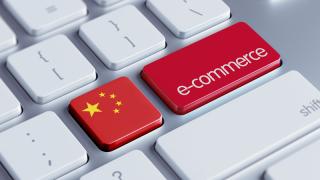 Has anyone figured out how to do business online in China?

That’s what retail and brands executives gathered to discuss at the Global E-commerce Leaders Forum’s (GELF) Growing Digital Commerce in China summit on Sept. 25, to kick off Shop.org in Los Angeles.

While many Western brands initially partner with giants such as Alibaba, Tmall and JD.com for their first forays into China, REVOLVE, the Millennial-focused fashion retailer, says that cross-border commerce is for now the best fit. It's a simple matter of economics: while customer repurchase rates average 1.2x on Tmall, for example, REVOLVE sees rates of 4x to 5x on its own website. For now, the high cost of customer acquisition on marketplaces isn't worth it.

According to vice president of international Kai Li, REVOLVE started serving China six years by simply sending a daily truckload of orders to USPS and shipping to the Asian nation, and now sells about $57,000 every day to Chinese shoppers. By flying goods into China instead of operating a local distribution center, REVOLVE can remain competitive with four-day delivery, compared to Chinese brands' typical two-day fulfillment. (Alibaba set a record on Singles' Day with 96-minute fulfillment.) What's more, Chinese shoppers who value authenticity have higher trust in goods coming from abroad: they're seen as more authentic and less likely to be fakes, Li notes.

Many Chinese shoppers experience "sticker shock" during checkout when they see all the numbers that go into their final cost: shipping, taxes, duties, etc. REVOLVE learned that providing all-inclusive pricing upfront helps to remedy that shock and lower cart abandonment rates, which can be twice as high — 60 percent — as abandonment in the U.S., which averages 30 percent.

Brands may have to rethink some of the things they take for granted in the United States. For example, in talking to a customer who lives in one of China's second-tier cities, Li discovered that she used her friend's email address to register for a REVOLVE account — because she herself didn't have one. Why? In China, it's much more common for accounts to be tied to a phone number instead of email, Li explains. "Our way of doing things can be obsolete in China," he adds.

After years of triple-digit growth in China, REVOLVE now is seeing growth in the double digits, though Li says he expects the third- and fourth-tier cities to fuel future growth. 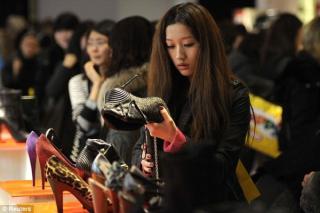 Jessica loves all things digital, never met an em dash she didn't like, and escapes whenever possible to the Bay Area from her home base in New York City.  Read More