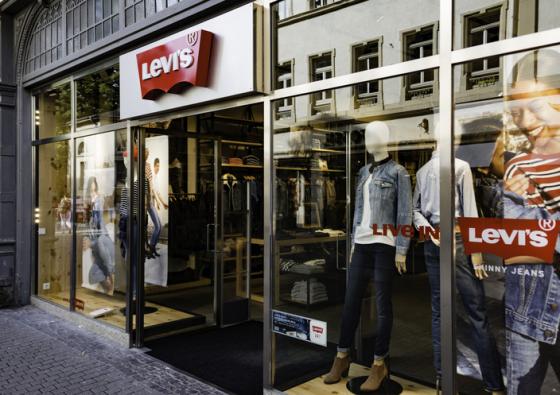 Levi's anticipates capital expenditures of $190 million to $200 million, which it plans to spend on an upgrade of its global ERP platform, investments in omnichannel and increased distribution capacity. The 100 store expansion includes 16 new stores it opened in its first quarter 2019.  The company had 70 more company-operated stores in total at the end of the quarter than it did a year prior.

The company is strategizing to become a “leading world-class omnichannel retailer,” noted Chip Bergh, Levi Strauss & Co’s president and CEO, on the call.

To reach this goal, Levi’s is expanding its omnichannel execution and will begin to rollout shop-online-pickup-in-store capabilities for shoppers later this year. Additionally, Levi’s has completed its rollout of RFID throughout the U.S. and U.K.

Revenues for the quarter were up 7% on a reported basis and 11% in constant currency.

"We delivered our sixth consecutive quarter of double-digit constant-currency revenue growth," said Bergh. "Growth was broad-based across all three regions and all channels, demonstrating that our strategies are working and our investments are paying off."

Bergh attributed 11% revenue growth from brick-and-mortar stores to positive comp performance of existing stores as well as ongoing international expansion of the retailer’s store network. In China, revenues grew 5% in the quarter, helped by growth in company-operated e-commerce in mainline stores.

Global direct-to-consumer sales, which includes both brick-and-mortar stores and e-commerce sites, grew 14% for the quarter and have grown double-digits for 12 consecutive quarters, while e-commerce grew 24%.

“We're entering this new chapter with a business that is stronger and more diversified than it's been in decades, as a result of our iconic brands, our people, great execution, and commitment to our longstanding approach to profits through principles,” said Bergh on the call. “The strong results we delivered this quarter demonstrate that the strategic choices that we put in place seven years ago to drive the profitable core, expand for more, become a world-class omnichannel retailer, and achieve operational excellence continue to pay off with broad-based growth balanced across a more diversified portfolio.”