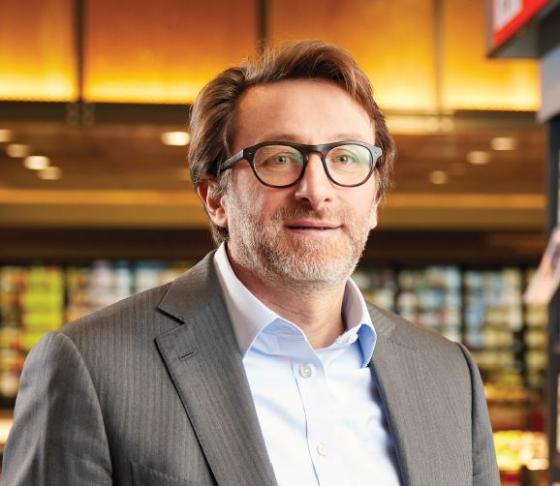 Retail success hinges on the customer experience. It is no longer enough to have the products and services shoppers desire. To capture the hearts and minds of today’s consumers, retailers must infuse the path to purchase with next-gen, engaging
digital technology.

Investment is the key to winning in the consumer-centric age. Even established brands with massive customer bases must continue to innovate to retain their position as an industry leader.

While Loblaw has been successful for more than a century in the Canadian grocery market, it is under relentless competition and must continue to invest in its digital capabilities to stay ahead. The grocer is in the midst of a multi-year transformational journey hinged on three vital areas —― digital payments, loyalty and rewards, and connected healthcare —― with artificial intelligence (AI) as a key enabler across all.

The retailer’s strategic approach is showing some significant early benefits. Loblaw introduced its PC Optimum rewards program a year ago and already has more than 18 million members. The program provides shoppers with exclusive events and tailored offers based on their unique shopping history. The initiative is designed to reward customers for their loyalty while encouraging them to shop the brand more frequently.

To further drive customers to the store and increase its e-commerce business the retailer went live with an in-store pickup offering branded PC Express. The flexible fulfillment initiative sports pickup times within two hours. Currently, 75% of Canadians are within 10 minutes of one of the almost 700 pickup locations.

PC Optimum and PC Express are just two examples of the numerous customer-centric, digital initiatives the retailer has unveiled over the past few years designed to build stronger relationships with its shoppers.

“The digital era is here,” says Ugo Orsi, VP technology operations, Loblaw. “Loblaw has a clear strategy to compete in this space. We are leveraging our physical store presence and providing a set of services that are focused on our customers. But that transformation requires technology and an infrastructure that is resilient and accessible.”

A digital-infused experience is a powerful tool capable of taking shopper engagement to new heights. However, if the technology does not live up to consumers’ expectations it can do more harm than good. Today’s shopper expects a memorable and engaging experience powered by an always-on environment that never fails to deliver. Providing next-gen experiences coupled with an ironclad infrastructure is not easy. It requires an innovative approach to IT management to take the plan from the drawing board to the sales floor.

To discover how to equip the enterprise with best-in-class digital services, Loblaw’s IT team formed a panel of its top solution providers. Key vendors including Accenture, Cognizant and Tata Consultancy Services (TCS) worked side-by-side with Loblaw’s internal resources to develop a go-forward strategy and technological approach designed to streamline IT operations and free up time for the team to develop differentiating digital experiences.

No matter how bulletproof an infrastructure is, there can and will be hiccups. Those hiccups need to be rectified quickly and seamlessly or retailers run the risk of disappointing the consumer.

“If a customer is at home shopping online and they lose connection for whatever reason they don’t get upset with the online retailer,” says Orsi. “But if that same glitch happens in a physical store and they can’t complete their purchase, they are going to blame the retailer. Having every store always available might not be realistic, but you have to be able to recover from issues quickly. Without automation that is impossible.”

"Having every store always available might not be realistic, but you have to be able to recover from issues quickly. Without automation that is impossible." - Ugo Orsi

Under a traditional manual support model, when a technical outage occurs key team members must convene to troubleshoot the situation and resolve it. The process can take an extended period of time, and that slow response can have significant impact on both the user experience and the company’s bottom line.

Automation is essential if a retailer is ever going to approach an always-up environment. For many years there have been tools available to handle simple automated tasks and help technicians monitor their systems for glitches and get the network up and running as quickly as possible when outages occur. However, these systems are slow and clumsy and require human interaction to complete their tasks.

What Loblaw needed was a solution that could not only monitor its infrastructure 24/7 but also troubleshoot and repair it without human intervention. To accomplish this Loblaw and its team of vendor partners turned to artificial intelligence. 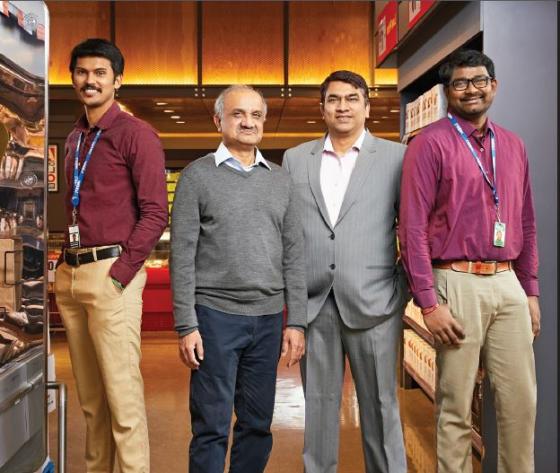 AI to the Rescue

After an extensive search of the available AI offerings on the market, Loblaw decided on Digitate’s Ignio solution to power its IT operational transformation.

While there are numerous AI platforms available that have the same power and capabilities as Ignio, the solution is the most closely aligned with the SAP environment, which Loblaw is running extensively in its store network. The wide availability of SAP use cases made the choice to go with Ignio easy for Orsi and his team, knowing that it could save them countless man hours in machine training and decrease time to market.

“When you are running IT for a retailer you have to know the technology is going to be effective,” Orsi says. “No one is going to give you the budget just to prove something will work.”

The Loblaw IT team was confident Ignio was going to succeed in their SAP environment because of the available use cases. For example, Ignio has a use case for SAP purchase orders. On occasion a store order gets stuck in the SAP platform because something is inputted incorrectly, and the order gets locked out. Under the old system a Loblaw technician would have to log a ticket with their support staff, and because the incident was not considered a high priority it would take an average of two days to be resolved, creating disruption in the store.

Now, Ignio can locate the problem and solve it in real time, without any human interaction. The artificial intelligence understands what a human would do when faced with a similar problem and executes the steps to fix it. What’s more, the platform understands why the problem occurred in the first place and can prevent it from happening in the future.

“This is the new world,” says Orsi. “We went from a few days, to a few minutes, to a proactive solution that eliminates the error from ever happening.”

Loblaw did not achieve these results the day they instituted Ignio, but rather relied on its many years of experience with automation to train the AI. Following a few months of training on the proper protocols, the solution was ready. The team oversaw the artificial intelligence during those first few months, teaching it the ways of the organization and monitoring the processes before enabling the algorithm to make its own decisions.

This is a crucial component of any AI deployment. The machine needs to be trained to make critical decisions without supervision. If the benefits are going to be realized it needs to be able to go about its business undisturbed, while the rest of the team focus their efforts on developing and deploying new technology instead of supporting what is already in the field.

“The AI tool is not enough,” says Orsi. “You need to have the right mindset that will enable you to invest in your process and allow the process to be managed by the machine.”

Tip of the Iceberg

Loblaw operates its IT support through an ecosystem of partners. As demand for game-changing, experiential technology continues to increase across the industry, Loblaw needed a way to fund its next-gen tech development. The obvious choice for Orsi and his team was to trim their partner costs and reallocate those funds to software development. Ignio is the linchpin of this strategy.

“We have expanded our capabilities by introducing a few new use cases every month,” Orsi says. “We try to automate those things which are either most needed or most disruptive. In many areas, we have seen mean time to resolution reduced from a few days to a few minutes. And we’ve targeted more proactive use cases such as network switch performance and availability with an eye toward auto resolution.”

Currently around 20% of Loblaw’s support tickets are handled by Ignio, and of those 40% are machine solved, requiring no human interaction. While these results are certainly impressive they are just the tip of the iceberg when it comes to Ignio’s potential impact.

When Loblaw decided on Ignio as its AI solution provider, it did it in part thanks to its vendor partners’ recognition of the power of the platform and their willingness to reduce Loblaw’s support requirements.

"There is a major transformation occurring now for both retailers and the vendor community and everyone has to get on board." - Ugo Orsi

“There is no way to manage all of these new systems without AI,” Orsi says. “We might be a little ahead of the curve in terms of the implementation of the technology, but the time has come. There is a major transformation occurring now for both retailers and the vendor community and everyone has to get on board.”

Consumers have grown accustomed to a seamless digital experience and are making shopping and purchase decisions based on a retailer’s ability to flawlessly merge physical and digital retail experiences. These next-gen experiences are the key to success now and into the future for Loblaw. Without automating its IT support, the retailer would find it increasingly difficult to deliver innovation at the pace required. By introducing AI into its network infrastructure Loblaw is setting itself up for the future.

“Everyone in the industry is talking about leveraging artificial intelligence to manage IT operations,” Orsi says. “But we are doing more than just talking; we are one of the early ones using AI not only to manage but also to enhance our IT operations.”