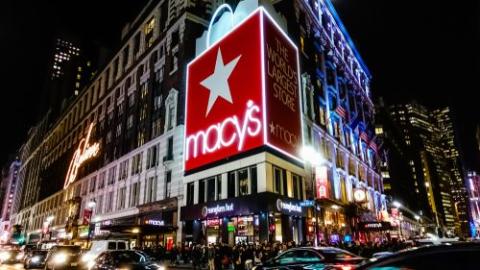 The Macy’s Backstage shop-in-shop concept will expand to Macy’s Herald Square, NYC, flagship store in May.

The shop-in-shop retail concept is growing ⁠— and Macy’s is doubling down on its off-price version.

Macy’s Backstage, the company’s off-price business format that evokes the thrill of the hunt retail experience, has expanded to nearly 300 Macy’s stores nationwide so far. Macy’s will roll out the 37 new locations beginning April 9 through June 2022.

Macy’s Backstage store-within-stores range from 11,000-16,000 square feet of retail space, delivering a “constantly changing assortment of on-trend finds,” which include apparel for women, men, and children; toys, housewares, beauty products, designer handbags, and more. At Macy’s Backstage, shoppers can earn and redeem Star Rewards and use their Macy’s credit card at all locations, creating a seamless experience for those shopping at both Macy’s full-line and Backstage stores.

“Macy’s Backstage inspires customers to express their personal style through its offerings of quality merchandise and brands at great prices, which is why we look forward to bringing Macy’s Backstage into more of our local communities,” said Michael Hersh, Macy’s vice president of off-price. “We are especially excited to bring Backstage to our downtown stores in Chicago and New York City as the brand expands nationwide.”

Macy’s also announced it will open a Backstage inside the iconic Macy’s State Street flagship store in Chicago on April 9.

[Check it out while you’re attending Analytics Unite June 21-23rd in Chicago!]

The shop-in-shop concept will also expand to Macy’s New York City flagship store, Herald Square, with over 15,000 square feet of dedicated store-within-a-store retail space in May. Customers will be able to shop from luxury to off-price all under one roof.

In preparation for this year’s expansion, Macy’s Backstage will hire a range of positions to ensure an exciting customer shopping experience. New job opportunities will be posted on macysinc.com/careers as they become available. Click here for the full list of Macy’s Backstage store opening locations.

The retailer said it continues to shift its store fleet to meet the needs of changing consumer behaviors and plans to open additional off-mall locations throughout 2022.

While Macy’s is keeping it’s own brand under roof this time, the retailer previously announced it has partnered with WHP Global to bring Toys"R"Us online at macys.com/toysrus and to more than 400 Macy’s stores nationwide in 2022. The Toys"R"Us experience on Macy’s website lets shoppers search by age, toy type, character, and brand. Within the Toys“R”Us shop-in-shops roll out, customers will be welcomed by Geoffrey the Giraffe before discovering dedicated sections by age, interest, and category, with interactive experiences, activation centers, and iconic elements throughout, Macy’s has said.