08/08/2011
Get great content like this right in your inbox.
Subscribe
This season, Macy’s mobile magic continues with the next evolution of the retailer’s consumer strategy, Find Your Magic_2.0. With the mantra of helping customers put it all together to assist in understanding and navigating seasonal trends, Macy’s Backstage Pass, the company’s customized mobile code program, will return to build upon this past spring’s successful launch.

Starting Aug. 8, Macy’s Backstage Pass will debut even more engaging video content that delivers trend and helpful advice, straight from Macy’s stable of star designers and industry experts. In addition to essential tips, customers will have the chance to instantly win daily shopping sprees worth up to $500, wherever a Macy’s Backstage Pass appears, whether in-store, print or online.

“This past spring we introduced QR code technology to our customers via Macy’s Backstage Pass and focused not only on delivering fun and informative video content via their mobile phones, but also on educating consumers on this new way of engaging with us,” says Martine Reardon, Macy’s executive vice president of marketing. “This new layer of communication between Macy’s and shoppers delivers an enhanced in-store shopping experience and creates new opportunities for personal interaction. For the next phase of this campaign, we will usher in a new series of interactive videos and provide extra incentives for customers who scan the Backstage Pass.”


Macy’s Backstage Pass codes deliver 30-second films to users’ mobile phones that provide fashion inspiration, advice and tips. Featured designers and experts for the fall campaign include Kenneth Cole, Sean “Diddy” Combs, Tommy Hilfiger, Michael Kors, Rachel Roy, Jessica Simpson, and Martha Stewart. Additionally, Macy’s will also deliver content focused on home, men’s, young contemporary and cosmetics trends.
As part of Macy’s continued QR code technology education effort, a new Macy’s Backstage Pass television spot will debut that will not only touch upon how QR codes work, but will also entice customers to use them by alerting them to the content featured and the chance to win Macy’s shopping sprees. Starring Sean “Diddy” Combs, Tommy Hilfiger, Rachel Roy, Jessica Simpson and Martha Stewart, the 30-second spot begins airing nationwide in mid-September. In addition to the broadcast advertising, Macy’s Backstage Pass codes prominently embedded into Macy’s iconic red star will be featured throughout stores in branded displays and within print advertising.
To provide wide accessibility to Backstage Pass content, Macy’s will continue to offer an informative demonstration video called “How to use Macy’s Backstage Pass.” The video will be accessible to customers on the go by texting “learn” to MACYS (62297)*, visiting the website, Macy’s Facebook page and via Macy’s YouTube channel. Smartphone users without a QR reader application installed can get a free* scanner download by texting “reader” to MACYS (62297). Shoppers with phones that are not equipped with the necessary cameras to scan the codes can receive the content via MMS (multimedia message) by texting the keyword found beside each Backstage Pass to MACYS (62297).
The return of Macy’s Backstage Pass mobile phone initiative is the latest example of the retailer’s embrace of mobile and social marketing technology.

As previously announced, this September Macy’s will be among the first retailers to launch Google Wallet, the NFC-enabled mobile payment system in five markets including New York, Los Angeles, Chicago, San Francisco and Washington, D.C. In addition, the retailer continues its relationship with Shopkick on their mobile application platform that allows users to earn points for checking in at stores and to receive special offers from participating retailers.
JWT New York developed the Macy’s Backstage Pass campaign in conjunction with Macy’s. 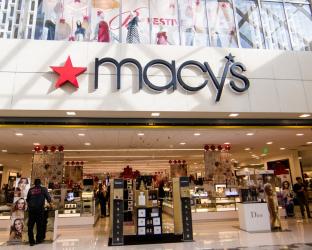 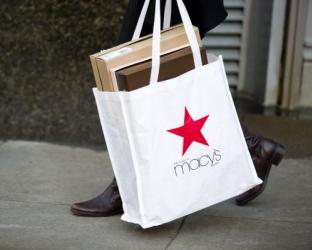 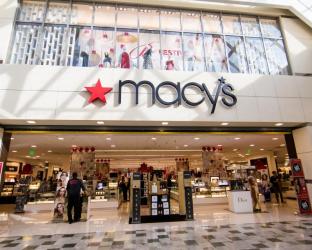 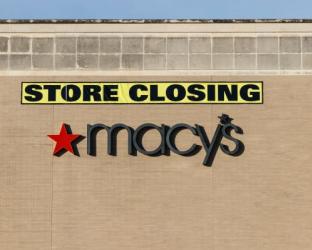 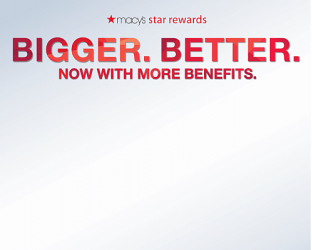