Bankrupt JCPenney is being rescued by mall owners Simon and Brookfield, while off-price pioneer Century 21 Stores is calling it quits.

JCPenney has reached an agreement in principle to sell substantially all of JCPenney’s retail and operating assets through a court-supervised sale process to mall operators Simon Property and Brookfield Property Group for $1.75 billion. The landlords, which own 160 JCPenney stores, will fund the acquisition through a combination of cash and new term loan debt.

“We have determined that an agreement with Brookfield and Simon, as well as the formation of separate real estate investment trusts owned by our First Lien Lenders, is the best path forward to maximize value for our stakeholders, ensure we keep the most stores open and associates employed, and position JCPenney to build on our over 100-year history,” said JCPenney CEO Jill Soltau in a statement. “The interest in our operations reflects our company’s strength and our loyal customer base.

“As we continue to move through the sale process, our focus will remain on serving our customers and working seamlessly with our vendor partners. We have been a trusted partner to all of our stakeholders since 1902, and we expect to continue that track record for decades to come under the JCPenney banner.”

JCPenney, which filed for bankruptcy in May, plans to seek approval from the bankruptcy judge for the deal, which is subject to competing bids. It is anticipated that the retailer will complete the auction and emerge from the court-supervised process operating under the JCPenney banner in advance of the 2020 holiday season. 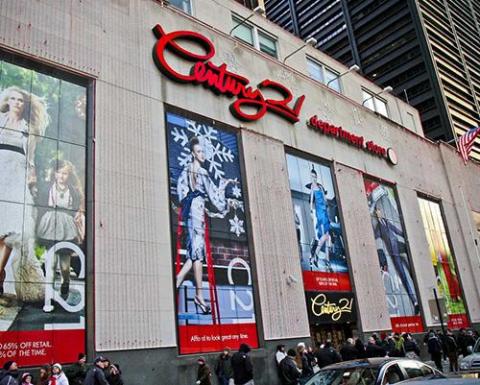 After nearly 60 years, Century 21 Stores, one of the pioneers of off-price retail, has filed for bankruptcy and plans to starts winding down its retail operations.

The retailer will begin going out of business sales at all of its 13 stores across New York, New Jersey, Pennsylvania, and Florida.

The decision follows nonpayment by the company's insurance providers of approximately $175 million due under policies put in place to protect against losses stemming from business interruption such as that experienced as a direct result of the COVID-19 pandemic, the company said in a statement.

"While insurance money helped us to rebuild after suffering the devastating impact of 9/11, we now have no viable alternative but to begin the closure of our beloved family business because our insurers, to whom we have paid significant premiums every year for protection against unforeseen circumstances like we are experiencing today, have turned their backs on us at this most critical time," said Century 21 co-CEO Raymond Gindi. "While retailers across the board have suffered greatly due to COVID-19, and Century 21 is no exception, we are confident that had we received any meaningful portion of the insurance proceeds, we would have been able to save thousands of jobs and weather the storm, in hopes of another incredible recovery."

In addition to filing Chapter 11, the company is removing from the Bankruptcy Court a lawsuit pending in the Supreme Court of the State of New York against several of its insurance providers based on their failure to compensate the company for its losses under the policies. The retailer is requesting that the Bankruptcy Court expedite the adjudication of the suit for the benefit of its stakeholders.

"Since 1961, when Al and Sonny Gindi opened what was then a small store in Downtown Manhattan, we have been proud to provide shoppers with unmatched access to designer brands at amazing prices," said Century 21 co-CEO IG Gindi. "While we wish that Century 21 could continue to be a must-see shopping destination for so many, we are proud of the pioneering role it has played in off-price retail and the iconic brand it has become. It has been a true honor for us to be part of the vibrant New York City fashion scene and to serve millions of locals, tourists, and celebrities, side by side."

Century 21 stores are currently open and will begin going out of business sales at all locations and at c21stores.com. The retailer encourages customers to “shop now while merchandise selection is best”.

The company's lenders have agreed to the use of cash collateral which, subject to Bankruptcy Court approval, will provide the liquidity necessary to support operations through the planned store closures.

Proskauer Rose LLP is serving as legal counsel to the Company. The Company has hired BRG as its financial advisor. In addition, Brian Cashman of BRG is serving as the chief restructuring officer (CRO). The company has retained Hilco Merchant Resources, LLC to assist with going out of business sales.