By Jessica Binns - 08/15/2014
Get great content like this right in your inbox.
Subscribe
As fashion consumers become more savvy about the social and environmental issues embedded in much of the apparel manufacturing complex, new transparency tools are springing up to help brands gain transparency and visibility into the complicated world of materials and production sourcing.

At the July Texworld USA tradeshow and conference in New York City, representatives from Source4Style, Sourcemap, and Sourceasy convened to discuss how their companies offer new solutions to the age-old problems of trust, accountability, and visibility in apparel sourcing. Leveraging technology to map the apparel supply chain and offer greater visibility is not a question of if but when, according to Pranay Srinivasan, founder and CEO of the Sourceasy platform, which employs 14 people across two New York offices and three locations in India.

The fashion industry has evolved from the old days of buying for 100 SKUs annually on average to 10,000 SKUs, as is the case for brands such as high-turn fast-fashion standouts Zara and H&M, and that kind of predictability mapping and management is not possible without advanced technology, notes Srinivasan, who adds that apparel is on the "lowest rung" of predictability compared with other industries.

Indeed, supply chain visibility is now a competitive advantage, according to Leonardo Bonanni, founder and CEO of the Sourcemap Inc., platform, which offers verifiable supply chain mapping data through timestamped GPS coordinates. "If you can find out where things come from and source them more directly, you're hedging your bets," he explains.

And really, bet-hedging is just good business sense in a world where a dip in water availability in significant sourcing countries including China, India, and Kazakhstan would completely devastate the apparel industry, Bonnani notes. For many companies, efforts around sustainability transitioned to focus on risk, which in turn became a pressing, daily concern that demanded rich tools for better management.

The Source4Style platform, which launched in 2010, works with 220 textile mills in 38 countries that offer at least some basic level of social compliance, though vendors with verifiable certifications for fair-trade practices, certified organic materials, recycled materials, or preservation of craft and culture are featured more prominently in buyers' search results. "If you're an independent designer launching your line, your only option shouldn't be Mood Fabrics," says Source4Style CEO Benita Singh, "because on the other side of the supply chain there are mills around the world ready to serve you."

While much of the activity with transparency is happening on the business-to-business end of things, consumers will catch on en masse sooner rather than later, according to Singh. "I think it's only a matter of time before people craving transparency in terms of what they put in their mouth are also craving it in terms of what they wear," she says, noting the surge of interest in recent years in food labeling and farmer's markets.

Still, social compliance can be a tough sell with attention-deficient consumers. Shoppers often have just a few moments to evaluate and appreciate a brand, and often that brand may choose to send a marketing message that highlights something other than its progressive values, notes Bonnani. "We're only seeing consumers respond to the Patagonias and Everlanes, where people are buying for the social and environmental impact," he explains. "Other brands might still let their advertising rule."

Consumers often hold misconceived notions of what is and isn't possible in apparel sourcing. Srinivasan points to the example of customers who request certified organic bamboo cotton — which doesn't exist. Somehow consumers formed an idea of what they feel is possible in sustainable textile manufacturing, he says, whereas organic certification is a rigorous, paperwork-heavy process that many just talk about rather offhandedly, to the detriment of all stakeholders. "Education is so important because most consumers have a perception of what is true versus what is actually true," Srinivasan explains.

Because apparel sourcing and manufacturing changes more quickly than just about any other industry — for example, if you're sourcing cocoa, it will come from the same countries for the next decade because that's simply how long it takes to grow the cocoa tree — Bonnani admits he didn't believe transparency in apparel production was even possible. "If you're sourcing apparel, you can move where you want. If you change colors, you can move to a different mill; if you change fabrics, you move to a different country," he says, describing the Rana Plaza disaster as "our tsunami" — the game-changer that forced the world to sit up and take note.

Now, the major brands that work with Sourcemap say that transparency is "just the rules for playing ball" and vendors unwilling to submit social compliance surveys are ineligible to work for these big companies.

For Sourceasy, geographical distribution is a key aspect of doing business. Beyond the ecological issues involved with sourcing, the majority of apparel production happens in politically sensitive countries — posing significant risk for brands large and small. Gap made headlines for venturing into Myanmar, a country whose human rights violations are again on the rise after a period of improvement, says Srinivasan. "How do you make those kinds of decisions for your brand without having tested the waters?" he asks.

Each platform offers an distinct business model. Source4Style, which partnered with the CFDA and counts both Alexander Wang's sourcing team and a new Parsons graduate among its users, charges suppliers to participate in the buying marketplace, which Singh describes as a "huge social shift." The company originally thought it should be charging buyers for access to all of the data the platform offers but Singh says it became clear that that approach wasn't going to scale the buyer community, which is precisely what Source4Style needed. "We didn't want buyers to have a barrier to entry to join Source4Style by asking them for money when they didn't really know what they were paying for," she adds.

Sourceasy takes a different approach, charging buyers on a per-piece basis no matter if they order 100 or 10,000 pieces,  rather than requesting a fee up front because that's the only way the company believes startups and small brands can scale their operations. The company also takes great pains to ensure its customers are informed at every step of the process. It dispatches representatives to its factories to conduct quality checks and confirm that goods are making it out to port on schedule. "On-time [shipping] isn't something magical that happens at the end of the manufacturing process but something that is tracked from day one," says Srinivasan.

"We try make sure the customer knows what's happening before it happens, rather than being hit with the deadline two months later and not having any credible information for what's going wrong," he continues, adding that "apparel follows Murphy's Law."

Cutting the middle man out of the sourcing process will be for the greater good of serving customers and offering superior quality control, according to Bonnani. "Fashion's not going to get any less fast," he says. 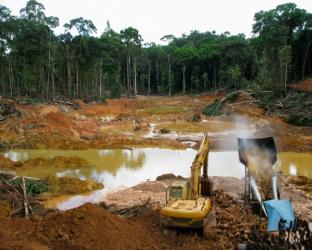 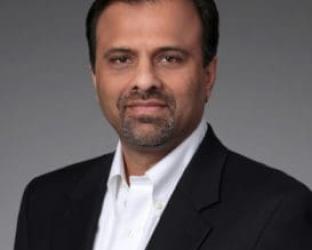 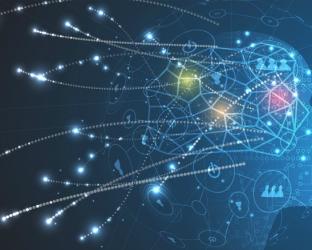 Sponsored
Apparel
Advancing AI in the ‘More-of-Less’ Era of Apparel Retailing
Apparel
The Dirty Dozen: 12 Pointers to Determine if Your Sourcing Is Working For or Against You 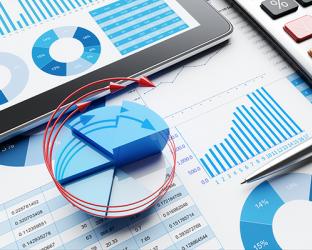 Analytics
Retail's Pause is Over: Let's Look Where Tech Investments Might Be Headed Now