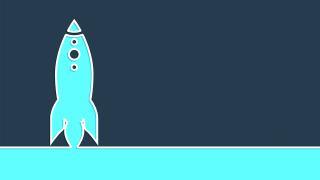 Artificial intelligence and advanced analytics provider Fractal has launched a new company dedicated to the retail and CPG industries.

Known as Asper.ai, the new company seeks to provide an end-to-end AI platform, unifying demand planning, sales and distribution, inventory planning, and pricing and promotion. The tech strives to alleviate tight budgets in retail and consumer goods, and its test release has been shown to help businesses unlock nearly 10 percent top-line and bottom-line growth, according to the company.

These users were also reportedly able to free 40 to 60 percent of their existing manual bandwidth so they could focus on more strategic initiatives, said Fractal.

“The opportunity for AI to unlock efficiency and drive growth is massive,” said Pranay Agrawal, Fractal co-founder and CEO, in a statement. “At Fractal, we are constantly looking for ways to help consumer brands tap into new revenue and growth opportunities and Asper.ai is the next step on the journey.”

This article first appeared on the site of sister publication CGT. 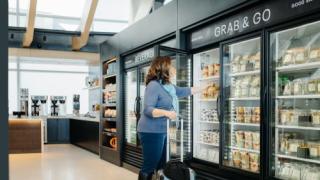 United Airlines has opened a new, smaller-format club at Denver Airport. The “grab-and-go” concept lounge is only around 1,600-square-foot and is located on the airport’s Concourse B-East expansion.

The lounge is open to United Club members, international travelers in premium cabins, and United Club one-time pass holders, who will have access to a range of to-go snacks, non-alcoholic drinks and hot beverages. According to the company website, membership can be purchased for $650 a year for the majority of members of its frequent flier program, while users of certain credit cards will also have access to membership deals.

According to a recent survey conducted with United MileagePlus members, more than half of airport club and lounge visitors prefer to take their snacks and items to go, the airline said. This latest venture is a response to this sentiment, along with the fact that more than two-thirds of United customers are passing through Denver on connecting flights.

Unlike standard airport lounges – where guests may kill a couple of hours before their flights – the United Club Fly is a smaller space intended for travelers to make a quick pit-stop before heading off again. In fact, the club only provides 16 seats and standing bar space for up to eight people. Visitors can enter the club by self-scanning their boarding passes and exiting via a turnstile. However, visitors are not permitted to bring guests.

“United Club Fly is all about elevated convenience. We know there are times when our members are in a hurry and use our clubs to sneak a quick drink or snack, so we've created this new format to make it easy for them to do that without sacrificing an upscale club environment,” said marketing & loyalty VP and MileagePlus President, Luc Bondar. “In Denver, more than two-thirds of our customers are connecting to other places, making it the ideal city to introduce this concept.” 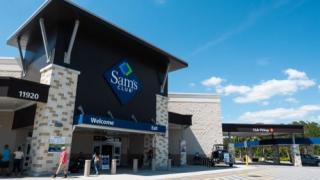 "This exciting commercial development represents a powerful endorsement of our dedicated team that works tirelessly to deliver the highest quality locally grown produce to our customers," stated Brian Cook, president of Local Bounti.

"We will continue to pursue sound capital allocation with a keen eye on capital efficiency as we further expand our operations.  Today's announcement demonstrates the advantages of our existing national relationships and how that knowledge informs the advancement of our facility network."

Local Bounti will implement its Stack & Flow Technology at the new facility in Georgia, further enhancing capacity to meet existing demand. Stack & Flow Technology, Local Bounti's proprietary method of indoor farming, combines the best aspects of vertical farming and greenhouse growing technologies to deliver higher yields of diverse leafy greens at superior unit economics.  Through this process, Local Bounti can grow produce in an environmentally friendly manner that increases harvest efficiency and reduces the cost and carbon footprint of the production and distribution process. The technology is over 30 times more productive per acre than traditional agriculture. 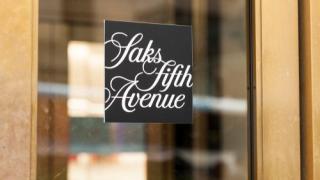 Saks and TerraCycle have unveiled the Saks Beauty Recycling program. The new program introduces a new, convenient solution for customers to give empty beauty containers a second life through Saks.com and at Saks Fifth Avenue stores across the U.S.

"Through the Saks Beauty Recycling program, we are providing customers with a convenient solution for recycling a wide variety of empty beauty packaging from all brands," said Kate Oldham, SVP, Beauty at Saks. "We are proud to introduce this program to our platform as an extension of the Saks shopping experience and a way to empower our customers to embrace more sustainable practices."

Customers can now mail in their eligible empty beauty containers by using prepaid shipping labels that are downloadable via Saks.com. Customers can also drop off eligible empty containers in a designated collection bin at their local Saks Fifth Avenue store. All collected waste is then sorted by category based on composition, such as plastics and metals, and consolidated and sent for processing to become new raw resources that are transformed into new products, like furniture and gardening equipment.

The Saks Beauty Recycling program accepts empty hair care, skin care and cosmetic packaging from all brands - including those sold on Saks.com and in Saks Fifth Avenue stores - as well as from other retailers. For the full list of accepted items, visit Saks.com/beautyrecycling.

"At Saks, we recognize that our day-to-day decisions can have a significant impact on our environment," said Cara Chacon, SVP, ESG, Saks. "With our partnership with TerraCycle, we hope to inspire our customers to join us in these initial efforts to reduce waste caused by difficult-to-recycle packaging and keep otherwise non-recyclable plastic packaging out of landfills."

"With the launch of this sustainable initiative, Saks is encouraging their customers to reduce waste by providing them with two unique opportunities to responsibly recycle their hair care, skin care and cosmetic packaging," said Tom Szaky, CEO and Founder of TerraCycle. "The innovative collaboration between Saks and TerraCycle allows consumers to seamlessly divert traditionally non-recyclable beauty waste from landfills."

The Saks Beauty Recycling program is open to any individual, family, school or community group. To learn more about the program in partnership with TerraCycle, please visit Saks.com/beautyrecycling.

Bed Bath & Beyond Reviewing Possibility of a Data Breach 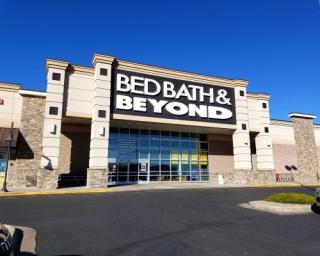 Bed Bath & Beyond said on Friday “a third party had this month improperly accessed its data through a phishing scam by accessing the hard drive and certain shared drives of one of its employees,” Reuters reports. The retailer said it was reviewing the data that was accessed so it can determine whether the drives contained any sensitive or personally identifiable information. Reuters noted that the retailer ass it has “no reason to believe that any sensitive or personally identifiable information was accessed.”

The retailer also announced on Friday it is looking to sell more stock, using some of the proceeds to help with driving immediate strategic priorities, such as rebalancing the company's assortment and inventory, and addressing its debt.

Bed Bath & Beyond said it filed a prospectus supplement with the U.S. Securities and Exchange Commission to issue additional shares of its common stock with a maximum aggregate offering amount of up to $150 million. The shares will be listed under the company’s existing at-the-market offering program. 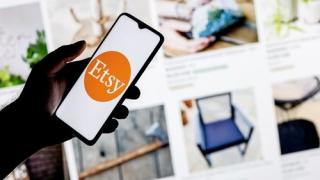 Mike Fisher, Etsy’s current CTO, has decided to leave to spend more time with his family and pursue other interests. Mike will stay in his current position until December 31, 2022 and then remain with Etsy in an advisory capacity through April 2023.

“I am excited to congratulate Rachana on this well-deserved promotion, which is a testament to her leadership, her outstanding track record of accomplishments, and to the followership she’s earned throughout Etsy; and reflects our strong bench of talent," said Etsy CEO Josh Silverman commented. "Rachana has demonstrated an extraordinary ability to lead complex projects, leverage new technologies that improve our velocity and performance, and serve as a coach and mentor to her colleagues. I also want to thank Mike – affectionately known internally as ‘Fish’ – for helping lead Etsy through a period of transformation and growth over the last five years. He is a remarkable leader, and his impact has extended far beyond scaling our technology infrastructure and building a world-class team. He has nurtured a culture of innovation and inclusion, led with optimism, and served as a trusted thought partner to me and leaders across Etsy.”

Rachana has been with Etsy for more than eight years and currently serves as Vice President of Engineering. Over the course of her tenure, she has played a leading role in critical initiatives, such as launching Etsy’s product development principles, driving mobile and app penetration, and buyer growth. Most recently, Rachana expanded her role to include launching Etsy’s regional office in Mexico City, building that team to nearly 130 employees in just 18 months.

“When I joined in 2014 there were fewer than 20 million active buyers in the Etsy marketplace – today, there are over 88 million," said Kumar. "Supporting that growth has required us to expand our teams, scale our systems, and leverage cutting-edge machine learning to improve the user experience. I am excited to continue on this journey as we use technology to create economic empowerment opportunities for our sellers and nurture our vibrant, global community.”

Mike Fisher added, “I could not be prouder to have been a part of everything the Etsy team has accomplished over the past five years. I am confident that Rachana and the Etsy team will not miss a beat as they execute on our ambitious strategy and advance our mission of keeping commerce human.”

Rachana, who will be based out of Etsy’s Brooklyn, NY headquarters, will report to Etsy CEO Josh Silverman and will join Etsy’s executive team.