Nike is entering the refurbishment market and will use QR codes to further inform consumers about its circularity efforts.

Each pair is inspected, refurbished and assigned a condition grade, and then re-priced based on the type of footwear and this score. Boxes feature QR codes that provide more details to consumers about the company's Move to Zero circularity program, as well as details about the shoes’ condition.

As part of Move to Zero, the company has committed to diverting 99% of all footwear manufacturing waste from landfills. Returned shoes that aren’t fit for refurbishing are donated or recycled into Nike Grind, the manufacturing scrap that the company uses for a range of product and building materials.

Because of this commitment, Nike's supply chain team saw an opportunity to reduce its waste footprint at retail through an integrated pipeline that give products a second life, a Nike spokesperson told RIS. It used the learnings from a two-year test to develop and launch Nike Refurbished.

It’s currently offering the Refurbished program in eight Nike stores in the U.S. It will up this to 15 by the end of April, with a few more stores slated by the end of the year. Although it doesn't have current plans to bring it online, the spokesperson said, it will explore expanding it to different markets in the future. 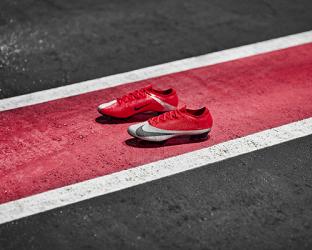 The No. 14 retailer is leveraging Omnivor’s Holograms for Retail technology for its Virtual View feature at Finish Line and JD Sport. 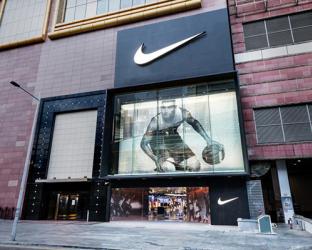 Nike shared more details on its analytics strategy, including its recent acquisition of data integration platform Datalogue, which uses machine learning to translate raw data in real time into actiona