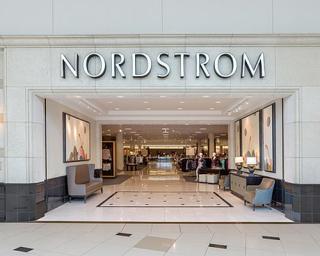 Nordstrom, Inc. continues to aggressively implement its digital strategy as the department store's digital business grows. The retailer's online sales growth was up 27% for Nordstromrack.com and HauteLook, and up 20% for Nordstrom.com in its second quarter 2017.

In June, the chain said the Nordstrom family was looking to buy the company and some speculate taking the company private would free up the retailer to innovate without the pressure of showing strong results every quarter.

Nordstrom did end its second quarter 2017 with a total sales growth of 3.5% and comp increase of 1.7%, which the retailer attributed to its digital businesses. Nordstrom also said that its anniversary sale, an annual event where customers can get brand-new arrivals at reduced prices, delivered a more than 20% spike in online sales compared to last year's sale. Buy online, pick up in store sales also grew by roughly 50%.

As Nordstrom shared earlier this year, it has planned a total retail technology investment on a cash basis of $540 million, or 3.5% of sales.

"This all-in view captures the changing nature of our investment as we continue to shift to a cloud-based platform," noted CFO Anne L. Bramman. "This transition resulted in an immediate expense impact rather than capitalization."

Nordstrom has already modernized its platform, enabling the retailer to increase the speed and agility of enhancements to its product pages, navigation and content.

Through its ongoing efforts to elevate the digital experience, Nordstrom expects its online penetration to exceed 25% by the end of the year.

Going forward, the company said it will continue to leverage digital and invest in its top markets in order to enhance the customer experience and reach new customers.

Part of its rollouts this year include the expansion of Nordstrom's "reserve online & try in store" service. The retailer plans to offer this feature in roughly 50 stores by the end of the year and announced currently it is expanding the service to four stores in the Chicago market, up from six in the Seattle area.

According to Nordstrom around 80% of customers who try the service choose to shop this way again.

"Customers like having more ability to shop on their terms," said President of Stores James F. Nordstrom. "The store plays a huge role in that, and they're really important. And they're going to be the hub of a lot of the things that we do over time, which is why we want to continue investing in our most important markets."

However, he noted a lot of the advancements the retailer will be making will be things customers can do mostly via their phones.

Investing in the store

In addition to online growth, the department store recognizes its omnichannel success and noted nearly 80% of its customers who shop Nordstrom across multiple channels began in the retailer's physical stores.

It also noted that, while it's free for customers to mail back returns of online purchases, 60% of customers choose to do their returns in a store—a move that is more economical for the retailer and provides the benefit of getting the shopper in the store.

The retailer has not forgone its physical stores in the wake of digital investments. Nordstrom opened six Rack stores this spring with 11 more openings planned for fall, which will bring its total Rack store count to 232 by the end of the year.

"These stores incorporate our latest store designs with improvements to the layout and fitting room experience," said Blake Nordstrom. "Additionally, we're further integrating the digital and store functionalities to improve speed and convenience for the customer."

In an example of this convenience, Nordstrom's mobile app now enables customers to scan an item in store and buy it online if they want a different color or size.

"The combination of our physical and digital assets represents a competitive advantage," said Blake Nordstrom. "Our local market assets, our stores, salespeople, product and services, are the core of our brand and play an important role in engaging with our customers."