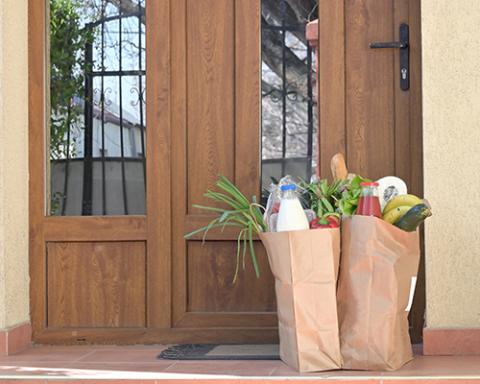 In addition to the grit shown by the entire retail sector, business and technical agility are at the center of effective responses confronting COVID-19. Retailers still forced to the sidelines have a powerful sense of urgency to define their path that reclaims lost territory against industry disruptors, including Amazon.

Unfathomable “chinks” in their armor with delayed deliveries, precarious inventory shortages, and an unclear supply chain challenged consumer confidence and ravaged expectations. But the window to act will be narrow.

No one could have anticipated the staggering reality thrust on global retailers over a matter of days. Agility to pivot to new, rapidly defined, quickly tested business models went from conversation to critical for survival.

Within a month, the customer-centric mission to serve became synonymous with continuity of service through curbside and no-contact pickups, real-time inventory, dark stores and appointments that enabled the ability to serve in the face of total market disruption.

COVID-19’s attack on retailing’s primary mission — to serve customers where, when and how needed — requires a response with the vision and flexibility to shift resources on a day-to-day basis. Pre-crisis, technology-enabled agility was important, but within a matter of days, it became the lifeline for scaling and supporting critical services for customers.

Many initial retailer responses emanated from their grit to serve crumbled when faced with an on-going scale and volume that surpassed any peak period in a retail year. The instantaneous shifts in behavior and unprecedented demand created a perfect storm, leaving many retailers without tools to serve customers at all.

The conversation that just weeks ago centered on evolution to a modern tech stack on a self-determined schedule evolved to the realization that slow response to existing technology limitations could challenge every aspect of business operations.

Grocery presents one of the clearest examples of where flexibility to shift gears and resources to respond to customer needs quickly became hyper-critical. Leading grocers who, like Kroger, have invested in a culture of innovation found the investment in test-and-learn means they have tools on hand to execute in the face of unanticipated disruption.

Those willing to act now have a sliver of an opportunity to reclaim customer mindshare previously thought lost to industry behemoths who were disrupting the industry.

Unlike a legacy environment where dependency on the software vendor is the norm, Kroger’s adoption of a headless digital store platform puts them in control to build the associate and customer experiences that fluidly respond to their at-the-moment business needs.

When the Only Known is the Unknown

This crisis has sent many societal trends into overdrive: remote working, online shopping, tech-enabled retail and localized supply chains. COVID-19 demonstrates an undeniable need for a business strategy and supporting technologies capable of weathering all types of disruption — competitive, behavioral or situational — to remove risk wherever possible from the business.

As in other crises, leaders who pivot emerge to serve, solve and deliver. Those willing to act now have a sliver of an opportunity to reclaim customer mindshare previously thought lost to industry behemoths who were disrupting the industry.

With challenges to what was known and assumed to be fact in retail, the ability to react and get back to business quickly becomes a monumental task. With close to 90 percent of U.S. retail sales still generated from stores, fostering a healthy operating model and protecting it is paramount.

How are you changing your business model to succeed in uncertain times?

Linda Palanza is CEO and co-founder of OneView Commerce. COVID-19 has driven OneView Commerce to double down on its platform’s capabilities that provide retailers even more control and flexibility to build and deliver customer engagement.

Questions About the Effects of COVID-19 at Retail? Join Our Webinar Series
Advertisement