03/18/2015
Get great content like this right in your inbox.
Subscribe
Today in Ohio President Obama is announcing nearly $500 million in public-private investment to strengthen American manufacturing by investing in cutting-edge technologies through a new, textiles-focused manufacturing institute competition led by the Department of Defense, and by sharpening the capabilities of small manufacturers through Manufacturing Extension Partnership competitions in 12 states. The White House, as detailed in a new report, is also launching a Supply Chain Innovation Initiative focused on building public-private partnerships to strengthen the small U.S. manufacturers that anchor the nation's supply chains.

After a decade of decline in the 2000s when 40 percent of all large factories closed their doors, American manufacturing is adding jobs at its fastest rate in decades, with 877,000 new manufacturing jobs created since February 2010. Ohio alone has added nearly 70,000 manufacturing jobs over that period. Manufacturing production is up by almost a third since the recession and the number of factories manufacturing across the United States is growing for the first time since the 1990s.

In addition to announcing new competitions for nearly $500 million in public and private investment the President is calling on Congress to do its part to make the bipartisan investments needed to strengthen manufacturing across the United States.

New White House Supply Chain Innovation Initiative
The President will unveil both a White House Supply Chain Innovation Initiative focused on building public-private partnerships to strengthen small U.S. manufacturers and a new report on the need to further strengthen small manufacturers that form the backbone of America's supply chains and play an increasingly important role in creating and retaining manufacturing jobs and investment in the United States.

More than $150 Million for a New Revolutionary Fibers and Textiles Manufacturing Innovation Institute Competition
As part of a National Network for Manufacturing Innovation, each manufacturing institute serves as a regional hub for leadership in emerging manufacturing technologies, bridging the gap between early research and product development by bringing together companies, universities and other academic and training institutions, and Federal agencies to co-invest in key technology areas that can encourage investment and production in the United States.

The new competition, kicked off by the Department of Defense is the ninth manufacturing innovation institute competition launched by the Administration to date, joining the eight institutes already underway. The Revolutionary Fibers and Textiles Manufacturing Innovation Institute will ensure that America remains at the leading edge of fiber science, through a $75 million public investment matched by more than $75 million of private investment in researching, prototyping, and commercializing fibers with extraordinary properties.

Known as technical textiles, these modern-day fabrics and fibers boast novel properties ranging from being incredibly lightweight and flame resistant, to having exceptional strength and electronic sensors. With wide-ranging applications, technical textiles can forge the foundation of protective gear for firefighters impervious to the hottest flames, replicate the sensing capabilities of a smart watch into a lightweight fabric, or detect when a wounded soldier needs to be treated with an antimicrobial compression bandage.

After a decade of decline in U.S. manufacturing during the 2000s, the American textile industry is adding jobs for the first time in two decades, increasing shipments by nearly a fifth since the recession, and winning globally with a 45 percent increase in exports since 2009. Today's announcement builds on this momentum in American textile manufacturing and lays the foundation for future leadership in the production of sophisticated fibers and textile technologies.

Investing Nearly $500 Million to Strengthen U.S. Advanced Manufacturing: More than $150 Million in Public-Private Investment through a New Manufacturing Innovation Institute Competition
Today, the Department of Defense is launching a competition for leading manufacturers, universities, and non-profits to form a new manufacturing hub focused on revolutionary fibers and textiles technologies. The $75 million federal investment will be matched by more than $75 million of private sector resources.

This is the ninth competition for a National Network for Manufacturing Innovation institute, and the first of eight new institutes that the President's budget proposes to fund by the end of 2016. Returning to sequestration levels for appropriations, as the House Republican Budget proposes, would put this expansion at risk.

The first institute awarded is in Youngstown, Ohio. Only in its third year, it is already drawing investment to Ohio — including a $32 million job-creating investment in the region from GE — and advancing research that will help accelerate the speed of 3D printing in metals by a factor of 10.

$320 Million Competition to Strengthen Small Manufacturers in 12 States
Non-profits in 12 states will compete for $158 million in Federal funds matched by $158 million or more in private investment over five years to provide technology and engineering expertise to small manufacturers through the latest round of competitions to strengthen the Manufacturing Extension Partnership (MEP)'s network of centers in these states.

For the latest on the new institute competition, please visit Manufacturing.gov.

Across the country, the National Institute of Standards and Technology's (NIST) Manufacturing Extension Partnership (MEP), a state-federal network of 60 centers and 1,200 manufacturing experts, helps small manufacturers improve their production processes, upgrade their technological capabilities, and bring new products to market.

Today's MEP competition will award nearly $32 million annually for five years across twelve states – an expected total of $158 million matched at least dollar-for-dollar by $158 million or more of non-federal funding – to strengthen and reinvest in this nationwide network of manufacturing expertise. Non-profits working with manufacturers in each of the twelve states will have the opportunity to compete for cooperative agreements to operate MEP centers and expand the range of lean production and technology acceleration services offered to small manufacturers, and help bring their products to market. Annual funding is subject to continued performance and the availability of appropriations. New MEP competitions are being launched in 12 states: Alaska, Idaho, Illinois, Minnesota, New Jersey, New York, Ohio, Oklahoma, Utah, Washington, West Virginia and Wisconsin.

For more on the competition, applicants should visit the NIST MEP competition website. A public webinar for applications will be conducted on Mon., March 30, 2015 at 2 p.m. EST.

As discussed in depth in a new White House and Department of Commerce report, a dense network of small manufacturers makes up the backbone of America's supply chains, contributing more than 40 percent of all manufacturing employment. However, even as their share of U.S. manufacturing employment grows, small firms continue to face stiff challenges in innovation. As the new report finds –

Dense networks of these small manufacturers are vital to the process of taking a product from concept to market, and the exchange of manufacturing know-how across suppliers is essential for the diffusion of the new product ideas and innovative processes that give U.S. manufacturing its cutting edge.

However, because of the unique barriers they face, small manufacturers often lag their larger peers in adopting critical new technologies. For example, a recent survey found that fewer than 60 percent of small manufacturers were experimenting in any way with 3-D printing, a potentially transformative technology that is especially beneficial for small companies due to its flexibility. In contrast, over 75 percent of large firms were using the technology.

Later this year, the Administration will convene a Supply Chain Innovation Roundtable of CEOs and representatives of leading manufacturers committed to partnering with the small businesses in their supply chains to accelerate technology adoption, strengthen the linkages within domestic supply chains, and to improve product design and process engineering. In addition, the Departments of Commerce, Energy, and Defense, as well as the Small Business Administration, will announce additional Federal efforts to help small firms adopt cutting-edge technologies and improve information flow within supply chains.

The Supply Chain Innovation Roundtable builds on the Administration's successful SupplierPay initiative which has brought together close to 50 companies, including Lockheed Martin, Rolls Royce, and IBM, to strengthen small businesses by increasing their working capital.

While strengthening our capabilities at home, the Administration is also taking key steps to provide U.S. manufacturers with new markets and new consumers throughout the world. Through trade agreements such as the Trans-Pacific Partnership, the Administration is breaking down barriers to U.S. exports, leveling the playing field when it comes to labor and environmental standards, and, for the first time, focusing on improving the ability of small businesses to export to these new markets. 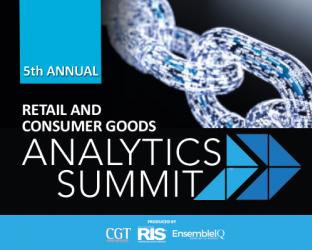 RIS Event Recaps
Why the Smart Money Bets on Analytics 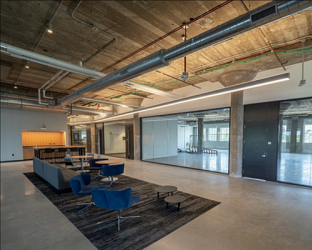 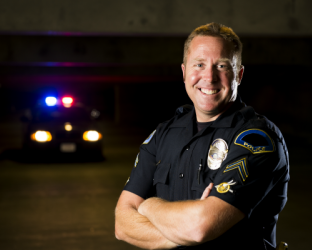 Apparel
The Changing State of the Uniform Industry 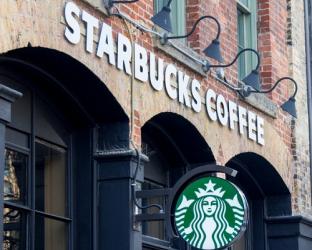 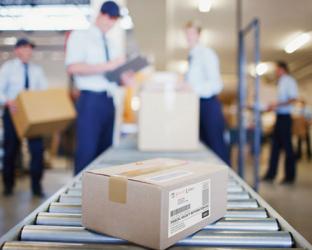