REI Ditches Its Print Catalog for an Uncommon Path

REI Ditches Its Print Catalog for an Uncommon Path 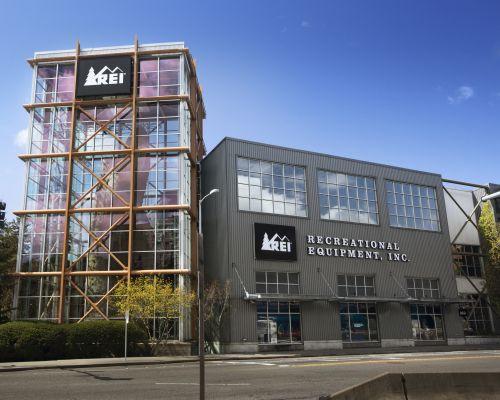 REI Co-op will retire its full-price mail-order catalog in favor of something new, but it’s not a new digital adventure as you’d expect.

The adventure gear retailer will debut its own print magazine this fall, and a new partnership to channel matching funds directly to local, nonprofit newsrooms covering crucial issues facing the outdoors.

Beginning this fall, Uncommon Path will be available at all 155 REI stores and in select newsstands nationwide. Co-op leaders announced the news at Outdoor Retailer Summer Market in Denver, citing the belief that the co-op can better inspire a life outdoors for all by supporting compelling storytelling – both through its own channels and by supporting independent nonprofit journalists in communities across the country.

“Uncommon Path tells the stories of the experiences, the events, issues and ideas that shape the relationship between people and life outside,” said Ben Steele, REI’s EVP and chief customer officer. “But those stories aren’t limited to trails and peaks. They take us to parks and urban places closer to home, covering issues like climate change impacts that, due to dwindling resources and shrinking local newsrooms, are getting less and less press.”

Created with HearstMade, the media company’s award-winning branded content studio, REI’s first issue of Uncommon Path will take readers on a bike ride through Atlanta with Civil Bikes founder Nedra Deadwyler; explore the starkly beautiful landscape of the U.S./Mexico border; and discover the eerie green glow of phosphorescent diatoms in the intra-coastal waterway of northern Florida. In addition to full-length feature stories about outdoor life and culture, Uncommon Path will offer product recommendations, gear reviews and more. The magazine, along with REI’s full suite of media offerings – an online journal, film and podcast program – connect back to the co-op’s singular purpose: to awaken a lifelong love of the outdoors, for all.

“We're seeing smart brands like REI take an innovative approach to content by building audiences with their own premium-quality, branded editorial products,” says Brett Hill, editorial director of HearstMade. “By partnering with the co-op on Uncommon Path, HearstMade is helping bring that connection to life through a truly unique print product that fully embodies the belief that a life outdoors is a life well-lived.”

Acknowledging that local environmental reporting is also critical to healthy communities, the retailer is also announcing a new partnership with NewsMatch, a nationwide campaign to strengthen local journalism. Per a 2018 report by the Center for Innovation and Sustainability in Local Media at the University of North Carolina, nearly 1,800 newspapers have closed since 2004. Coverage of climate change on major broadcast networks declined 45% from 2017 to 2018. Meanwhile, a 2018 research paper found that corporations pollute more when there aren’t local newspapers to hold them accountable.

To that end, the co-op is also investing in 10 local news organizations through NewsMatch – a national matching-gift campaign that runs from November 1 to December 31. In 2018, NewsMatch channeled more than $7.6 million to 154 news organizations in 42 states, Washington, D.C. and Puerto Rico that are members of the Institute for Nonprofit News (INN).

“Today, the average American spends more than 70 years of their life indoors. We have to reverse that trend,” said Alex Thompson, REI’s vice president of brand stewardship and impact. “But how do you get someone outside who has never set foot on a hiking trail? Or inspire them to try a new activity they’ve never done before? Oftentimes getting someone to take that first step outside is as simple as offering a tiny spark of inspiration. We believe that spark can be powerful enough to change someone’s worldview – and that’s what we’re trying to do through our own stories, films and podcasts.”