By Jessica Binns, Contributing Editor - 07/02/2012
Get great content like this right in your inbox.
Subscribe
Smartphones currently influence 5.1 percent of annual retail store sales, translating into $159 billion in forecasted sales for 2012, according to new Deloitte research. For the first time in the industry, the in-depth study measures the "mobile influence factor," or impact of smartphones on in-stores sales.

The mobile influence factor captures the in-store sales driven by consumers' store-related smartphone activity such as product research, price comparison or other mobile application use.

Deloitte anticipates mobile's influence, based on consumers' smartphone use, will grow to represent 19 percent of total store sales by 2016, amounting to $689 billion in mobile-influenced sales. By comparison, direct mobile commerce sales will pass the $30 billion mark by that time, according to industry estimates.

"Mobile devices' influence on retail store sales has passed the rate at which consumers purchase through their devices today," said Alison Paul, vice chairman, Deloitte LLP and retail & distribution sector leader. "Consumers' store-related mobile activities are contributing to – not taking away from – in-store sales, and our research indicates that smartphone shoppers are 14 percent more likely to convert and make a purchase in the store than non-smartphone users. This means that mobile is an important tool for retailers to incrementally drive traditional in-store sales, strengthening the relationship between retailer and consumer to increase engagement and loyalty."

Smartphone shoppers are more frequent buyers
To better understand the growing impact of mobile devices on the retail sector, Deloitte's retail & distribution practice and Deloitte Digital conducted an in-depth survey of U.S. consumers about how they use their smartphones to shop today and their likelihood of using them in future buying decisions. Deloitte Digital is a global service line focused on helping clients harness disruptive technologies to transform their businesses.

Nearly half (48 percent) of smartphone owners surveyed say their phones have influenced their decision to purchase an item in a store, and the study shows that consumers' smartphone use tends to be highest at or near the point of purchase. Based on Deloitte's survey, more than 6 out of 10 (61 percent) of smartphone owners who use their devices to shop have done so while shopping at the store, and more than half (52 percent) reach for their phones on the way to the store.

"Retailers that do not engage shoppers through specialized mobile applications or targeted smartphone-based promotions leave the door open for competitors to reach a customer who is standing in the retailer's store and at the point of purchase," said Kasey Lobaugh, principal and direct-to-consumer and multichannel leader, Deloitte Consulting LLP. "To make the connection with consumers, retailers need to understand how mobile shoppers are willing to interact with their specific store category, format and merchandise, both inside and outside the store, and customize their mobile strategy around the shopper's needs and experience."

Mobile shopping accelerating among smartphone owners
Smartphone adoption coupled with consumers' propensity to use their devices for shopping also contributes to the growing mobile influence factor. As consumers buy smartphones, they are quick to tap their devices for shopping assistance, with smartphone use for store-related shopping increasing 40 percent after the first six months of ownership, according to Deloitte's survey. Once these consumers are on board, they consistently use their phones for 50 to 60 percent of their store shopping trips, depending on the store category.


The mobile influence factor is strongest among younger shoppers, suggesting that as this segment ages, a retailer's core customers will increasingly be armed with smartphones. In Deloitte's survey, nearly 7 out of 10 smartphone owners (67 percent) between 14 and 34 years old have used their devices to shop, and 55 percent indicate their smartphones have influenced their decision to make a purchase. 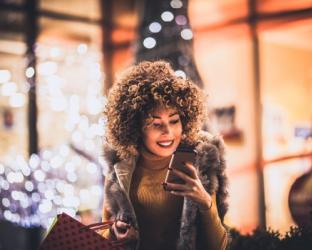 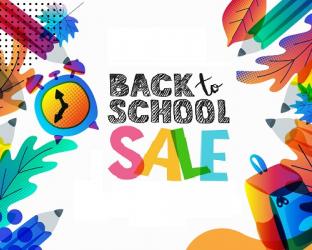 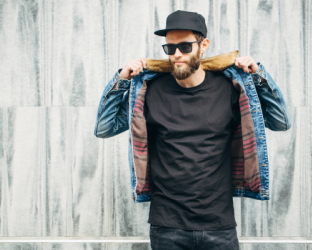 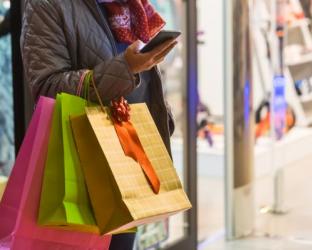 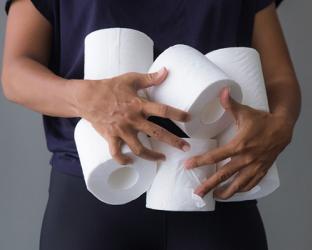