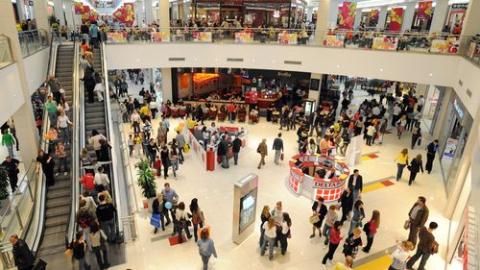 U.S. consumers returned to spending in January, following a decline the prior month.

Retail sales surged a seasonally adjusted 3.8% last month, according to the U.S. Commerce Department, well above expectations. Economists polled by Reuters had forecast a 2.0% rise, and the Dow Jones estimate was 2.1%.Excluding auto sales, the retail gain was 3.3%.

Sales in December dipped 2.5% according to revised figures, even lower than the initially reported 1.9% drop.

“The retail sector has kicked off the year on a good note, with January sales expanding by 12.3% over the prior year,” says Neil Saunders, managing director of GlobalData. “While very robust, the numbers are not quite as shiny as they may first appear. First, this is the slowest pace of growth since February 2021, and represents a reasonable step down from the 16.6% uplift posted in December. Second, we believe that about 6.9 percentage points of this uplift is down to inflation, so while volumes are positive, they are less impressive than the headline number initially suggests.”

“January sales overcame major headwinds that make the results all the more impressive,” NRF chief economist Jack Kleinhenz said in a statement. “A triad of forces weighed on consumer behavior and spending as weather slammed a large portion of the United States, the omicron variant was relentless, and inflation was escalating. On top of that, the enhanced childcare tax credit ceased at the end of 2021, impacting millions of families. Despite all that, consumers ramped up spending even after a record-breaking holiday season.”

"Unfortunately, if inflation persists and interest rates rise, we believe this reality will start to bite later in 2022. In this sense, retail is probably currently living on borrowed time.”
Neil Saunders, managing director of GlobalData

This is no accident — @POTUS has taken concrete action to get Americans back to work, battle COVID-19, and address supply chain issues, helping our economy continue to build on what has already been a historic period of growth.

“Despite the headwind of inflation and other economic concerns, the consumer is still out spending in force,” noted Saunders. “One of the reasons for this is there is still a net transfer of spend from services into products. Vacations, entertainment and leisure are still not completely back to normal, and many households continue to indulge themselves with buying products in lieu of these things.

"The other reason is that while people are getting more concerned about price increases, it takes time for the reality of inflation to catch up with household finances. Although some lower income cohorts are now having to make tough choices about what to buy, many others are not yet at the point of radically changing their spending patterns. Unfortunately, if inflation persists and interest rates rise, we believe this reality will start to bite later in 2022. In this sense, retail is probably currently living on borrowed time.”

January 2022 sales specifics from key retail sectors, according to NRF