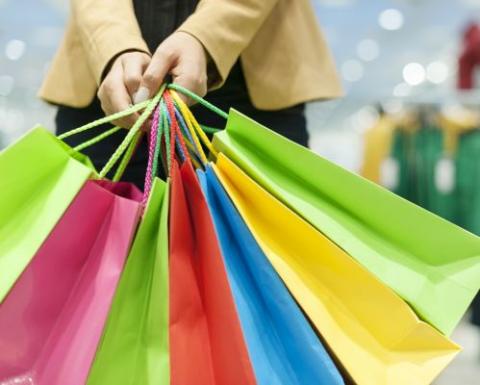 One year after the pandemic-related lockdowns hit America, U.S. retail sales growth rates increased by double-digits in March, according to Mastercard SpendingPulse,

As stimulus payments rolled out and broader re-openings occurred, retail sales benefited, Mastercard said. Sales in the first half of March increased 1.6% vs. a year ago, when consumers were hitting the stores and stocking up in the face of the pandemic. In comparison, during the second half of the month, retail sales rose 46.9% YOY.

“This growth reflects both the positive boost of the stimulus payments on consumer spending as well as the lockdowns that weakened retail sales across the country in the same period in 2020,” the company said.

A year-long worldwide study, the dunnhumby Consumer Pulse Survey, found that Americans, for the first time since the pandemic began, are beginning to feel noticeably better about personal finances and are now prioritizing value over speed when they shop.

Americans are now at the lowest level of worry about the virus (23%) since the crisis began and have dropped 9 percentage points since November on the dunnhumby Worry Index.

“As consumers spend their checks on big and heavy items this spring, retailers need to ensure a friendly, easy and reliable last-mile delivery solution for high ticket items such as furniture. Shoppers are demanding for fast delivery, even on large items, which is why it’s necessary to provide advanced buy-anywhere, delivery-anywhere experiences that will offer exceptional service and keep customers coming back.” Brenda Stoner, founder of PICKUP, says.

While some spending has moved online, apparel retailers stand to see a return of shoppers to the store. In March 2020, discretionary sectors such as apparel and jewelry experienced a dip in spend when people first started social distancing; this has led to significantly elevated growth rates this March, Mastercard said.

Seventy-seven percent of shoppers want to be able to try on clothes again in fitting rooms this year, a Klarna survey of 41,000 shoppers across the U.S. found.  Apparel is consumers’ top category to shop for in-store, cited by 60% of survey respondents, followed by footwear (58%), home goods (51%) and beauty (47%).

Over the following months retail will continue to see if stimulus checks are translating to purchases, whether in stores or online. A survey by the Federal Reserve shows household heads without a college degree plan to use more of the stimulus for paying down debt and less for consumption. Combining all respondents, plans are to use 25% of this third round of payments for consumption. In particular, an average 13% of the latest stimulus check is expected to be spent on essential items and an average 8% on non-essential items.

Spending plans or not, retailers are gearing up to distribute goods. The NRF said an unprecedented surge of imports at retail container ports that began last summer is expected to continue at least through the end of this summer as retailers work to meet increased consumer demand.

“We’ve never seen imports at this high a level for such an extended period of time,” NRF vice president for supply chain and customs policy Jonathan Gold said. “Records have been broken multiple times and near-record numbers are happening almost every month. Between federal stimulus checks and money saved by staying home for the better part of a year, consumers have money in their pockets and they’re spending it with retailers as fast as retailers can stock their shelves.”