Much like the national pastime, retail is a team game. Sure the cleanup hitter and fireball pitcher receive all the attention, but the light-hitting middle infielder armed with the ability to turn a seamless double play is just as important. And overseeing the action and calling the shots is the all-knowing manager, charged with setting the team’s strategy and getting the most from each and every player.

In the retail IT world the role of the manager is played by the CIO, who not only oversees the day-to-day operations, but encourages the team to swing for the proverbial fences. The winners of the sixth annual RIS News’ CIO of the Year Awards have fostered a culture of success and innovation and are helping their organizations earn first-place honors in their markets.

This year’s class of award-winning retail technologists was honored in four distinct categories:

Retail Transformation
Ralph Niebles, VP, Information Technology,
The Art of Shaving
Ralph Niebles receiving the Retail Transformation Award is fitting considering The Art of Shaving is in the midst of a radical evolution. Over the past six years the specialty retailer has nearly quadrupled its retail footprint from 40 to 157 stores, and increased revenue by over 275%.

To help facilitate this rapid growth and arm the organization with the necessary tools to manage it, Niebles made the bold decision to pivot the IT department from an on-premises model to a cloud-based infrastructure. In addition, the retailer is leaning heavily on its solutions providers for support, allowing Niebles to focus on big picture visionary strategy instead of being stuck in the technical weeds.

“Having a cloud-based IT infrastructure has enabled us to grow as quickly as we need with very little manpower,” Niebles says. “I am a small department. My team consists of me and that’s about it.”

By outsourcing much of the IT day-to-day Niebles is able to concentrate on innovation and keeping up with The Art of Shaving’s feverish expansion. The retailer has not only moved its operations to the cloud to keep internal IT headcounts low, but to also facilitate quick deployment of a host of key solutions.

For instance in just six months the retailer has been able to implement new POS, CRM, merchandising and sales audit solutions — a pace that would have been unthinkable utilizing the retailer’s previous on-premise solution.

“We were coming off of a system that we weren’t happy with and decided to move in another direction,” Niebles says. “One of the keys to the rapid deployment was the planning that we did. Making sure that the systems were designed and set up the way we needed them so there would be minimal changes. We don’t modify systems. In our opinion if you are going to modify the systems it makes no sense to buy them you just build your own.”

As The Art of Shaving continues to expand its physical and digital presence Niebles is acting as a transformative presence within the organization. Without Niebles’ faith in his solution partners and his willingness to quickly and drastically alter the enterprise’s IT landscape the retailer’s ability to seamlessly expand while keeping IT costs in check would have been impossible.

Customer Engagement
Eugene Roman, CTO,
Canadian Tire
You wouldn’t know it if you walked into a Canadian Tire store today, but just a few short years ago one of Canada’s oldest retailers was in danger of falling behind the times on the technology front due to aging infrastructure and legacy systems. When Eugene Roman came on board four years ago, his top priority was to build a leading edge technology infrastructure that showcased how physical and digital retailing could be effectively combined — by all accounts this focus is paying off.

Using a very novel management approach, Roman built and manages a dynamic IT team able to overcome legacy systems and processes to create next-gen digital tools. One of the key strategic initiatives was the introduction of the company’s Cloud Nine Digital Innovation Centre, located in Winnipeg, Manitoba,  to help consolidate operations, allowing Canadian Tire and its family of businesses — Canadian Tire Financial Services, FGL Sports (Sport Chek, Atmosphere and Sports Experts) and Mark’s — to depend less on third-party solution providers.

“At Canadian Tire, we have successfully undertaken a fundamental culture change that encourages a test and learn mindset,” Roman says. “The approach has allowed us to rethink, reimagine and reengineer how tech supports an improved customer experience. What started with one lab store in 2013 has now extended into a series of high tech, sophisticated store labs across the country.”

The in-store experience now includes a host of digital screens and solutions designed to engage shoppers and position the brand as a forward-thinking retailer of tomorrow. In addition to a number of dynamic flagship stores the retailer has built across the country to highlight its technological firepower, Canadian Tire is selecting the best of its flagship technology to supercharge its customer’s shopping experience throughout the chain.

“Our playbook has been to deploy the very best physical/digital retail technologies through platforms that we can source, extend and innovate,” Roman says. “The customer is firmly in control of their shopping experience. The days of product push are over. Retailers need to provide compelling media, improved access and quality of product information, and more engaging experiences available anytime, anywhere.”

Innovation
Paul Coby, CIO, John Lewis
As Paul Coby puts it “innovation is in our blood.” John Spedan Lewis, the founder of the John Lewis Partnership turned over his business to his employees nearly a hundred years ago, and over that time every person that worked for the retailer has owned a piece of it. That is the kind of out-of-the-box thinking that founded the retailer, and the kind of thinking that drives Coby to be a linchpin for innovation at the retailer today.

“I was inspired to take John Spedan Lewis innovation and apply that to retail technology,” Coby says. “Retail is being changed by technology. We wanted to take all of the wonderful ideas that are out there and apply them to how we run our business. We have done that in a whole variety of ways.”

While a commitment to innovation is the cost of entry to retail today, John Lewis Partnerships’ novel approach to fostering that innovation is unique and worth celebrating.

Three years ago under the leadership of Coby the retailer founded a technology incubator to identify and develop technology innovations that would provide John Lewis a strategic advantage. Application to the incubator, dubbed JLABS, is open to any and all retail technology startups, and the lucky few who are selected to participate in the program are rewarded with 12 weeks of focused development to advance their solution. After the program is complete one company is declared the winner and implemented into John Lewis’ technological offerings.

The incubator has received a lot of attention in the UK and has been celebrated in the press for bringing small start-ups into the spotlight, funding their innovative solutions, and in the process making them global brands.

Among the technologies developed in the incubator in its first three years was a micro-location tool, which the in-store staff uses in conjunction with the John Lewis mobile app to identify the customer and uncover their shopping agenda. In just two years since deployment Coby estimates that the solution has generated $3 million in additional revenue, a 20-time return on the retailer’s investment.

Strategic Impact
David Johns, SVP & CIO,
Ascena Retail Group
Fueled primarily by acquisitions, Ascena Retail Group has emerged as a major player in the women’s apparel market. Ascena, led by its CIO David Johns, is working diligently to unify and streamline the IT infrastructure and operations of its once disparate brands. In order to continue to grow and offer the omnichannel capabilities shoppers require Ascena’s family of brands including Ann Taylor, LOFT, Lou & Grey, Lane Bryant, Cacique, Maurices, Dressbarn, Catherines and Justice needed a common IT infrastructure.

Johns’ strategic vision is focused on migrating nine separate businesses with numerous disparate legacy systems, to a common platform. The greatest challenge to building a unified enterprise was the various brands’ legacy infrastructure, architecture and applications that were overextended, and unable to keep pace with the ever-changing advancements in technology and business requirements.

The systems were originally deployed to service individual channels for individual brands, and were not agile and sophisticated enough to support a unified omnichannel approach to operations. In addition to their technological shortcomings the legacy systems were expensive to maintain and operate, further highlighting the need to modernize the tech stack, and to do it quickly.
Johns oversaw the deployment of key retail pillars across the retailer’s various banners including ERP, OMS, POS and e-commerce, providing the foundation upon which the data-driven and customer-centric organization will build its unified future.

“These accomplishments are a testament to the ‘one team, one goal’ guiding philosophy,” Johns says. “It took collaboration across teams, and in strong partnership with our brands to deliver projects like these that truly enable our brands and position the Ascena family for future growth. Our IT team’s greatest asset is our people.”

Speed is the name of the game as Johns and his team continue to redefine and reimagine Ascena’s IT landscape. In just 18 months the team has eliminated a legacy mainframe, shut down a data center, implemented RMS for two brands, brought five brands into a common in-house warehouse platform, implemented ship to store, deployed PLM for two brands and MLM for one, and much more.
Johns strategic impact is undeniable. He is a catalyst for change at Ascena, ushering in a tangible shift in direction in the IT department that is providing true business benefit and allowing the retailer to continue on its path of growth. 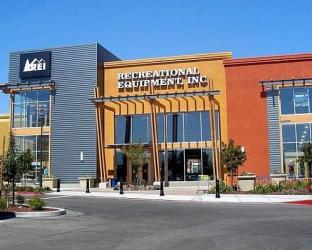 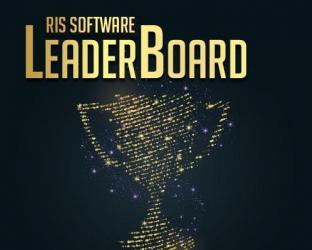 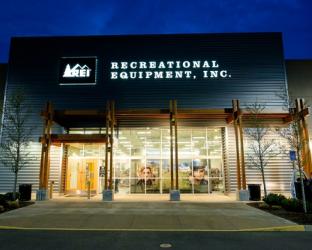 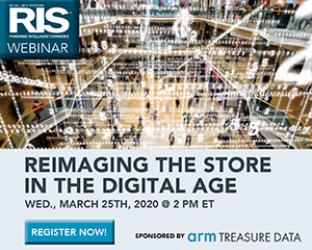 Store Systems
Reimaging the Store in the Digital Age 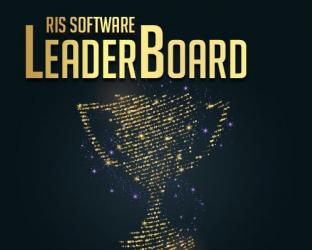