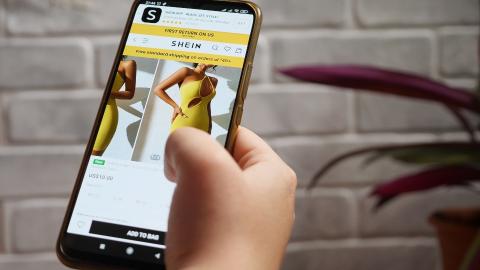 Built into the current SHEIN app, the goal of the 'Exchange' feature is to make it easier for users to list their used items and sell them on, ultimately upping circulation and reducing fabric, material and textile waste.

“At SHEIN, we believe that it is our responsibility to build a future of fashion that is equitable for all, while also accelerating solutions to reduce textile waste,” said Adam Whinston, Global Head of ESG at SHEIN, adding that the goal of the resale app was to facilitate more circularity within the SHEIN community and make reselling clothes the “new normal.”

This is not the first step SHEIN has taken to embed sustainability into their business practices. In September 2022, the e-retail giant set out a series of targets to reduce overall emissions by 25% across its entire supply chain by 2030. SHEIN is also a signatory of World Circular Textiles Day, a coalition of brands aiming to move the fashion and textiles industry towards complete circularity by 2050.

According to RIS research, 51% of retailers rank the importance of brand values, such as sustainability and ethically sourced materials, as important to a retailers’ customer base. A recent CGS Survey shows that a majority of U.S. Gen Z shoppers (60%) and Millennials (59%) are in support of a national/global sustainable law. Given that a large portion of SHEIN’s customer base are teens and younger consumers, it would appear to make good business sense for the company to bolster their sustainability efforts, both in the form of the resale app, waste reduction and carbon-cutting efforts.

Other retailers making such commitments include Walmart, who recently laid out a multi-faceted plan for their transportation and logistics division. This strategy – which includes greater emphasis on electric vehicles and a transition away from diesel – forms a fundamental part of the company’s drive to reach zero emissions across global operations by 2040.

This year, the Shein app unseated Amazon as the number one shopping app in the US stores categories, according to data gathered from App Annie and SensorTower. In recent months, Amazon has also devoted time and money to large-scale green initiatives, setting in motion plans to roll out custom electric delivery vehicles in more than 100 cities by the end of 2022.