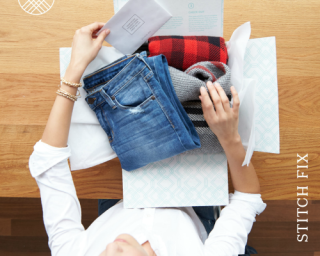 In its second year as a public company, Stitch Fix grew its net revenues by 29% year-over-year to 1.58 billion and delivered 37 million in net income; it launched internationally (in the U.K.) and hit the one-year anniversary of its kids’ category. The personal styling service also turned inventory at a rate of more than 6x annually, which founder and CEO Katrina Lake, attributed to its “continued scale, strengthening capabilities and the growing impact of data science such as [its] inventory optimization algorithm and Style Shuffle platform,” in the company’s recent fiscal-year earnings call. To date, the company has shipped more than 200 million items and received direct client feedback about more than 85% of them. Its client feedback and the resulting rich data that it produces, combined with technology that allows that data to be analyzed and harnessed effectively, are instrumental in strengthening its recommendation capabilities.

Indeed, Stitch Fix’s emphasis on technology is key to its growth and to ensuring that it builds loyalty among its customer base. In 2019, the company grew net revenue per active client by 9% year over year, which is significant especially when you consider that the company is simultaneously following a marketing strategy that focuses on ROI and quick payback within a few quarters when it comes to customer acquisition. In other words, it’s heavily recruiting new customers without churning its old ones.

Stitch Fix retains customers through its deep foundation in personalization, which it achieves through a combination of human stylist recommendations and algorithms. To date, almost all of the nearly 5 billion pieces of apparel and accessories it has sold have been through recommendation rather than chosen by the end consumer. That ability to provide what the customer wants relies on smart strategy — consider that giving the customer what she wants actually is sometimes not even its goal, as it also wants to sometimes push customers a bit outside their comfort zones — and technological prowess.

To this point, its personalization engine has been harnessed for its subscription service, but the company sees many opportunities to extend the platform to embrace other personalized experiences. For example, recently it began testing an offering called “Shop Your Looks,” which is part of new direct-buy functionality that enables clients to choose and purchase items outside of their subscription “fixes,” directly from the Stitch Fix web site. What’s unique about this is that, like its subscription offerings, it is “hyper-curated” and personalized to each client, based on already-purchased items and also using an algorithm to recommend pieces that will match items already in their closets. What does “hyper-curated” mean? The company will show clients just 30 to 40 items out of the tens of thousands it may have available in its inventory assortment. Thus far, Lake reports, beta testing resulted in more than one-third of clients who purchased through Shop Your Looks engaging with the site multiple times; approximately 60% of those who bought through it purchased two or more items.

Over time, Stitch Fix is finding it can increasingly tap into its data science strength to make more strategic decisions across the enterprise. Its Style Shuffle platform, which was launched last year and today includes more than 3 billion ratings representing more than 80 percent of its active clients, is being used in multiple areas of the business. So far, it’s used ratings data from clients to better inform inventory matching but it sees other end uses for its platform including helping with decision-making in merchandise buys, in testing new styles and in further personalizing its marketing campaigns.

Most recently, the company integrated Style Shuffle into its styling application, which allowed it to improve recommendations; it has translated the lessons it gleaned from that area into visual galleries for its stylists to give them greater understanding into each client’s style preferences. Since integrating this for its women’s business, the number of items per fix and average order value have increased.

In 2019, as it has further improved inventory management capabilities to match product and clients, it can continue to refine and expand its categories and assortment. With even more data from a greater number of people and items, it can further refine its personalization. For example, the success rate of items sent in the first fix of its 2019 cohort was 17% higher than in the first fix of its 2018 cohort.

With this constant process of growth and iteration and insights and refinement, Stitch Fix is creating an ever more customized product offering and thus building a closer and more trusting relationship with the customer.

Jordan K. Speer is editor in chief of Apparel and technology editor of RIS. She can be reached at [email protected]