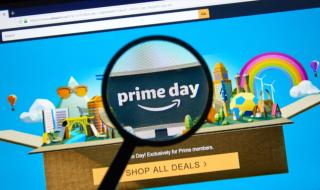 This is the first time Amazon has included a second members-only “Prime Day” sales event, and was designed to kick-off the busy holiday spending season. However, early data gathered by Numerator points to more frugal behavior overall, with many buyers opting to stock up on home essentials, everyday items and products that cost less than $20.

As inflation starts to bite, many Amazon shoppers appear to be tightening their belts and turning attention to essentials. Numerator data from day one of Prime Early Access shows the majority (64%) of sale shoppers were spending less or the same at this event than at the earlier Prime Day in July of this year. So far, only 36% had spent more.

Looking at the data a little closer, it appears that inflationary pressures impacted around 80 percent of Prime Early Access users. Around a third (30%) said they waited for the sale to purchase a specific item at a discounted price, while over a quarter said they passed on a ‘great deal’ because it wasn’t a necessity. While 17 percent stocked up on Prime Day items that were on sale, 22 percent made a purchase at a retailer or website other than Amazon.

Around 13 percent even looked at prices outside of Amazon before purchasing. This might not be surprising, given a recent study questioning if deals and discounts were actually saving customers money. The researchers allege sellers framed short-term price increases as discounts, elevating the product’s original list price while the offer is active before removing it later. Whether or not this is taking place, the fact remains that shoppers are getting more strategic with their spending and doing their research before making a purchase, discounted or not.

Many buyers were going smaller-ticket and low-priced in their choices. The results show over half (58%) of items were sold for under $20. Products like Amazon Photo Projects, Giftcards, and Amazon Essentials women's apparel were the top-ticket items. Consumers were also snapping up Simple Joys baby and toddler clothes and Melissa & Doug toys. The average price per item? Just $30.16. The top three categories consumers said they purchased in were household essentials (29%), health and beauty (27%) and toys and video games (25%).

Notably, less than a third (30%) of shoppers so far say they have used Prime Day for their holiday-related purchases, with a large percentage (71%) saying they completed less than half their holiday shopping through Early Access Prime Day. However, 95 percent said they would "definitely" use Amazon for additional holiday purchases in the next three months.

Like many others, Amazon will be ramping up hiring ahead of the holiday season. The e-commerce giant recently revealed plans to take on 150,000 full-time, seasonal, and part-time roles to help facilitate operations at one of their busiest times of the year. For certain roles in select locations, Amazon says they will offer sign-on bonuses ranging from $1,000 to $3,000.