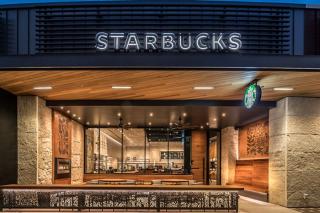 One in ten Starbucks transactions in U.S. company-operated stores is completed with Mobile Order and Pay. What's next for the coffee guru?

One in ten Starbucks transactions in U.S. company-operated stores is now completed with Mobile Order and Pay. The company noted that, while the method reached 10% of transactions in Starbucks' fourth quarter 2017, Mobile Order & Pay actually accelerated through the quarter, exiting at 11%. Starbucks had stopped marketing Mobile Order & Pay as the company focused on getting the operations right, only turning marketing back on at the end of the quarter, which caused the acceleration. Now the coffee guru feels it has smoothed out the system, a push is coming.

"Having made measurable progress increasing throughput and customer experience at peak, we can soon begin offering Mobile Order & Pay capabilities and features to all customers, Starbucks Rewards member or not," said Kevin R. Johnson.

In upcoming quarters ahead, all Starbuck's customers will be able to download the app, select a payment vehicle of their choice, and use Mobile Order & Pay.

"This is the first of many initiatives that will combine direct digital relationships with new value propositions in order to expand the total universe of customers with whom we engage and communicate," said Johnson.

The increased customer adoption of Mobile Order & Pay has resulted in a sustained increase in demand, particularly in highest volume stores at peak times, according to Johnson.

"We continue to leverage lean principles to further improve our in-store production engine, further increase throughput and deliver an improved customer experience," he said. "This work, combined with labor deployment, digital order management and channel focused production have enabled us to unlock capacity, particularly in our busiest mobile order stores at peak."

Transaction comp in the U.S. for the fourth quarter, net of hurricane related impact, was the strongest performance in six quarters.

Meanwhile, Starbucks Rewards membership grew 11% year-over-year to 13.3 million active members in the U.S. (out of 75 million unique customers coming through its stores). Member spend represents 36% of U.S. company-operated sales, the vast majority of which is via the mobile app.Per member spend increased 8% in the fourth quarter.

"We have seen 11% year on growth in our membership, and recently we've started to see an uptick because of the improvements to sign-on that we've put into place," said Matthew Ryan, executive vice president, global chief strategy officer. "But the even more impressive metric is, we have seen from members 8% year-on-year growth. It is a function of Mobile Order & Pay, but even more important has been the use of personalization, the customized offers and communications we put in people's hands."

The company recently launched Starbucks Rewards in Japan on its evolving digital flywheel platform and has around two million members.

"Japan also represents the first instance of our new global cloud based customer digital technology platform that will enable new capabilities and features in markets around the world, including North America," said Johnson. "The platform launched with near perfect performance."

The next step for Starbucks' new technology platform is the launch of financial services products in the U.S. in conjunction with Chase, starting with a co-branded Visa credit card this winter. The card will enable holders to receive Starbucks Rewards with their purchases both in and out of Starbucks stores. A prepaid Visa card will be introduced shortly thereafter.

The cards will offer "a very rich rewards proposition for people who spend on credit."