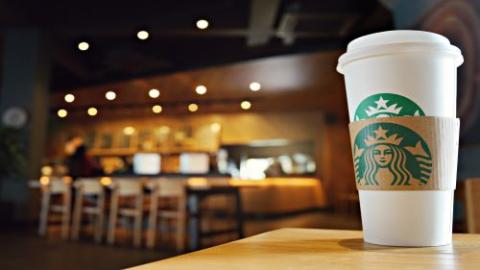 Starbucks is undergoing several changes, most recently at the leadership level.

Kevin Johnson is stepping down as president and chief executive officer, planning to retire after a 13-year tenure with the company. Howard Schultz will return as interim CEO on April 4, 2022 until a new leader joins the company.

“A year ago, I signaled to the board that as the global pandemic neared an end, I would be considering retirement from Starbucks," said Johnson. "I feel this is a natural bookend to my 13 years with the company. As I make this transition, we are very fortunate to have a founder who is able to step in on an interim basis, giving the board time to further explore potential candidates and make the right long-term succession decision for the company.”

“It has been an honor to serve the 400,000 Starbucks green apron partners around the world and I want to thank them for their service, resilience, and optimism,” Johnson added.

Starbucks also recently announced it is doubling down on its commitment to build inclusive environments with a global expansion of its “community” store concept — enabling accessibility tech to do so.

Starbucks announced its plans ahead of its annual shareholders meeting to open or dedicate 1,000 community stores by 2030. According to the company, these store models serve under-resourced and vulnerable communities, particularly empowering farmers, youth, women, and military communities, while also partnering with local nonprofits. Globally, about 150 of these stores currently exist.

In the U.S., community stores typically exist in rural and urban areas to help provide economic opportunity and bring together local artists and diverse contractors to build stores that support service members, veterans, and military families.

In order to improve accessibility, Starbucks is leveraging several tools, including the American Human Development Index (HDI), a widely-utilized gauge for standard of living that will help Starbucks identify where community stores could provide the most value to better serve vulnerable communities in the U.S.

The index was developed by Measure of America, an initiative of the Social Science Research Council. Starbucks will use it to guide the creation of custom programming that can solve inequalities in education, food security, health, and economic security.

Starbucks has stated that community stores leveraging this tool will serve as incubators, allowing the company to scale relevant solutions across stores globally.

Additionally, the company is working to improve its disability inclusion by designing, testing, and scaling more accessible solutions across its store portfolio, with the goal of achieving an elevated standard of accessibility by 2030.

Improvements will span both in-store and digital experiences, the company said, testing technology such as speech-to-text — to provide partners and customers with a visual reference when placing or picking up an order — as well as an order status board that will provide visual updates on order status.

These changes are part of the company’s continued effort to be a “People Positive” company for partners and consumers. According to Starbucks, “People Positive” means “enhancing the well-being of all who connect with the company, rooted in inclusion, opportunity, and community.” These store concepts will be led by partners who directly connect to the initiative or cause of that store.

Starbucks is adding onto accessibility improvements it began over the last year. For example, Starbucks offers free Aira service, which connects individuals with visual impairments to trained visual interpreters who provide access to visual information about the customer’s surroundings through a smartphone app.

Starbucks also offers multiple formats of the menu including large-print and Braille menus in all stores in the U.S. and Canada. Globally, Starbucks operates 11 “signing stores” that provide sign language services for the deaf and hard of hearing.

“Since our earliest days, we have worked to create a culture of warmth and belonging in our stores — a place where everyone is welcome,” said Katie Young, senior vice president of global growth and development at Starbucks.

“We know that the more we design for inclusion, to be welcoming and to strengthen our communities, the better our business will be and the better the Starbucks experience will be for our partners and customers. It inspires and motivates us to make our store and digital environments even more inclusive and accessible at every turn,” added Young.

Jill Houghton, president and CEO of Disability:IN, said the inclusive design methodology helps level the playing field by recognizing disability is part of the human condition and is a natural part of anyone’s identity.

As part of “Planet Positive,” Starbucks recently launched efforts to reduce waste through a new reusable cup program, a waste and recycling app to support partners’ sustainability efforts, and a new pilot program with Volvo.

The company set a goal of reducing waste by 50% by 2030, shifting away from single-use plastics.