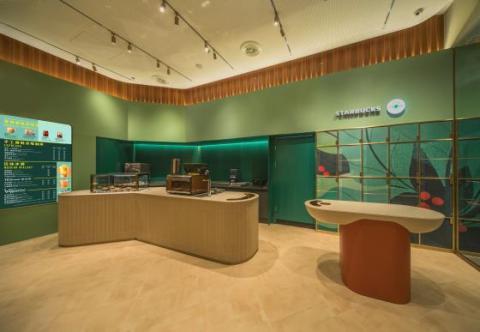 Starbucks will trial a solution to congestion in its cafes from its surge in mobile orders.

In 2017, after Starbucks suffered a decrease in transactions attributed to a bottleneck in stores from the surging popularity in its new mobile orders. The congestion resulted in customers entering the store, seeing the crowd, and exiting without completing a transaction, the retailer reported.

"When we introduced this, I don't think we had any idea that we would get the kind of response that we have gotten so fast," said CEO Howard Schultz at the time. He continued, "this is a great problem to have, and a problem that we know how to solve. This is not rocket science."

Now CEO Kevin Johnson is putting forth a solution: a pick-up cafe in New York to cater to on-the-go customers.

The Manhattan store, which is still in development but set to open this fall Bloombergreports, will build off of the chain’s success with its Starbucks Now concept in China that lets customers order in advance on mobile phones and collect their items in a specialty “express” shop without the wait.

According to the report, Starbucks could eventually roll out similar pick-up locations in other cities including Boston, Chicago, Seattle, San Francisco and Los Angeles.

The coffee retailer opened its first Starbucks Now store in July, in Beijing, China, offering a streamlined experience that allows both customers and delivery riders to pick-up orders.

In a Starbucks Now “express” store, customers are greeted by a Starbucks barista to assist with ordering or order pickup. The menu of handcrafted beverage options is tailored for the on-the-go customer and limited seating is available.

The store also has the ability to serve as a centralized dispatch center for delivery orders within a certain radius so Starbucks baristas at neighboring cafés can focus on delivering service to in-store customers at those locations.

Starbucks China introduced the company’s mobile order and pay experience, Starbucks Now, in May across 300 retail stores in Beijing and Shanghai. Since its introduction the program has expanded to over 1,300 stores across four cities.

In the U.S., the addition makes sense, as Mobile Order and Pay represented 14% of company-operated transactions in Q4 2018.