Starbucks has unveiled its latest Reserve Roastery store in Chicago, which opens its doors to the public on Friday. Located on North Michigan Avenue and Erie Street on Chicago’s Magnificent Mile, the opening of Chicago Reserve Roastery marks Starbucks sixth global Roastery and third location in the U.S.

The Chicago store is the retailer’s largest-ever immersive coffee experience – across five floors and 35,000 square feet of retail space – and celebrates the company’s heritage and is a tribute to the roasting and the craft of coffee. Visitors will be able to see, hear and learn about coffee’s journey through intentional and unparalleled design, while enjoying a menu featuring exclusive beverages exclusive to this location.

“Over the past five years, we have created the ultimate immersive experience around all-things-coffee in spectacular Starbucks Reserve Roasteries in flagship cities around the world,” said Kevin Johnson, Starbucks CEO. “This week we are delighted to open our doors on the sixth global Roastery in an iconic building located on Chicago’s renowned Magnificent Mile. These Roasteries amplify the Starbucks brand, serve as innovation hubs, and create experiences for millions of customers around the world.”

Starbucks has a long history in Chicago, dating back to 1987 when the company opened its first store outside of the Pacific Northwest and had a total of 11 retail stores and served as the foundation for the company’s national growth strategy. More than 30 years later, there are 796 company-operated stores in the region and Starbucks employs more than 18,100 associates. The newest Roastery employs nearly 200 people, including roasters, baristas, commessas, bakers, and mixologists. 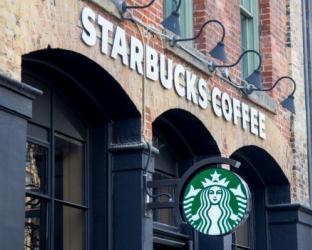 How Starbucks Is Using Artificial Intelligence and IoT

Starbucks is “dialing up” its artificial intelligence investments and using IoT data from Espresso machines to help the business. Get the details. 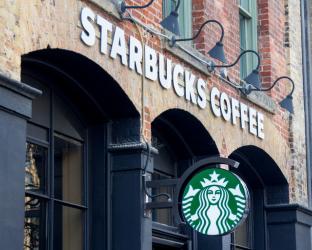 Starbucks to Trial Pick-Up Only Store in the U.S.

While mobile ordering represents 14% of Starbuck’s company-operated transactions, the wildly successful technology has also led to congestion in stores and sometimes long waits for orders. Starbucks is moving to change that this fall.