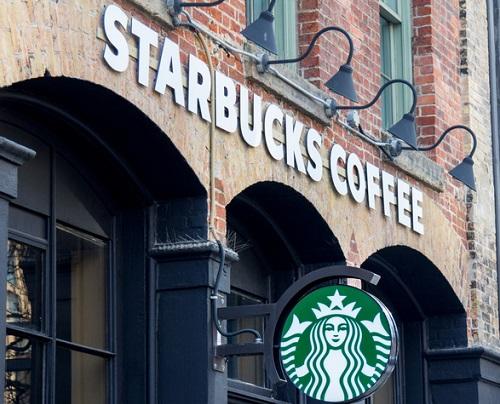 Starbuck’s CEO Kevin Johnson has unveiled the retailer’s vision for the future and its plan to modernize the customer experience at its 27th annual shareholders meeting.

Johnson and Starbucks’ leadership set a vision for reimagining and reinventing the core areas of the Starbucks Experience, and previewed the differentiated and elevated customer and associate experiences. In addition, the company showcased opportunities where it is uniquely positioned to serve as the catalyst for future “new retail” innovations and announced commitments aimed to create meaningful societal impact.

“Starbucks is a different kind of company – and we have been since our founding,” Johnson said. “Our long-term plan for growth is built on the acknowledgement that the pursuit of profit is not in conflict with the pursuit of doing good. We are a part of millions of people’s everyday lives around the world, and I believe we are uniquely positioned to be one of the most enduring brands of all time.”

Highlights From the Annual Meeting of Shareholders

The retailer is committed to making the local Starbucks café the customer’s ‘third place” ― with the first two being their home and office.

To that end, Roz Brewer, Starbuck’s Americas group president and chief operating officer revealed its plans to reimagine the third place, with a focus on three key attributes: convenience, comfort and connection. Brewer announced Starbucks’ phased approach to modernizing the customer experience across all key touchpoints for customers, beginning this summer in New York City.

“I don’t want anyone to walk away thinking this is about furniture or a new renovation strategy,” said Brewer. “Reimagining the third place is about listening to our customers, so we can better position our business now and for the future.”

Through this approach, the company aims to learn directly from its customers and adapt changes to new and better experiences using technology, product innovation, in addition to new and reimagined store formats. The company reiterated its commitment to the continued expansion and evolution of programs like Starbucks Delivers – now available in 12 countries – and Starbucks Rewards.

“Our relationship with our customers starts the moment they think of Starbucks,” said Brewer. “They connect with us through their barista and the quality of what’s in the cup they take with them. Their third place is everywhere they’re holding our cup. No matter their journey, after leaving our stores, that feeling of comfort stays with them. And in an increasingly busy and on-demand world, it’s that feeling that keeps the third place growing.”

Starbucks announced its investment in the new Valor Siren Ventures I L.P. (“VSV”). The investment will serve as a catalyst for the next generation of food and retail start-up companies. Managed by Valor Equity Partners, a leading growth-focused private equity investment firm that was among the first investors in food technology, the new fund will identify and invest in companies who are developing technologies, products, and solutions relating to food or retail. These verticals are increasingly relevant to Starbucks as it seeks to support its world-class talent with an innovation agenda accelerated by external relationships.

Starbucks’ $100 million cornerstone commitment to VSV is the first of its kind for the company, and the new fund will seek to raise an additional $300 million in the coming months from other strategic partners and key institutional investors.

“We believe that innovative ideas are fuel for the future, and we continue to build on this heritage inside our company across beverage, experiential retail, and our digital flywheel,” said Johnson. “At the same time, and with an eye toward accelerating our innovation agenda, we are inspired by, and want to support the creative, entrepreneurial businesses of tomorrow with whom we may explore commercial relationships down the road. This new partnership with Valor presents exciting opportunities, not only for these startups, but also for Starbucks, as we build an enduring company for decades to come.”

In addition to its revenue building commitments, Starbucks’ remains focused on creating a positive social impact across the globe.

A couple of the social initiatives the retailer announced and provided updates on at the meeting include: