Earth’s mass extinctions discovered in the fossil record are tragic. For the losers. Survivors, however, benefit and thrive. The same is true in retail. Here’s a look at store closings and bankruptcies so far in 2019 – who, what and why it matters.

There are many great success stories in retail today and most would not occur without making big, smart investments several years ago that are paying off today.

The list of today’s big winners includes Nike, Walmart, Target, Lululemon, Ulta, Sephora, Costco, Warby Parker and Amazon, which is the leader and chief driver of evolution in retailing today.

However, it is also true that these stellar revenue gains are fueled by the absence of recently departed retailers (liquidated) and bankruptcies that crippled major competitors.

Here are a few big names that transferred a big chunk of their 2018 sales revenue to last year’s retail winners: Sears, Toys “R” Us, Claire’s, Nine West, Rockport, and Brookstone.

Would Walmart, Target and Amazon still have had great years without a record number of competitors exiting the marketplace or crippling themselves through bankruptcy filings? Probably. However, it is also true that the success they achieved was augmented by the mass extinction of once-thriving retail brands.

And that extinction continues in 2019. So far this year the following retailers either declared bankruptcy or announced they will close large numbers of stores: Charlotte Russe, Shopko, Gymboree, Payless Things Remembered, Beauty Brands, Performance Bicycle and Diesel.

Retail is not going away any time soon (or ever), so the recent Wikipedia entry on “Retail Apocalypse” is misleading if you interpret it as nuclear destruction. However, the term has caught on and appears with regular frequency in the media. Here are some facts to rely on to get a true perspective:

BJ’s Wholesale Club – has announced plans to add 15-20 in the next five years.

Store Closings and Why

Why are there record numbers of store closings? Let us count the ways:

Here’s a look at the reasons behind 2019’s biggest bankruptcies:

Shopko – With assets of less than $1 billion and liabilities of as much as $10 billion, massive debt load was Shopko’s undoing and liquidation. Between 2007 and 2015 $179.5 million in dividends was reportedly paid to Shopkos private equity owners.

Payless – One of the largest private companies in the U.S. with $3 billion in revenue will liquidate due to a long series of mistakes including high debt, major disruptions in the company’s supply chain, a paralyzing computer system breakdown, over supply of inventory, selling at steep markdown prices, and a limited online presence.

Store closings and bankruptcies are largely the result of overbuilding beyond the capacity of shoppers to support them and a culling of weak retailers with high debt loads and slow response rates to fast-moving changes.

So, are store closings and bankruptcies signs of the retail apocalypse? Only for the losers. Survivors will get a nice boost due to the loss of many once formidable competitors. 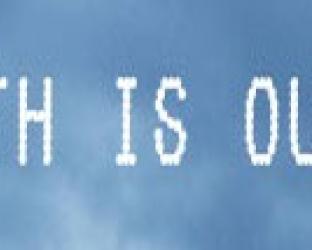 Broad generalizations about the state of the retail industry absolutely, positively fudge the truth.

Bubbles of “irrational exuberance” have occurred before in such retail segments as computers, music, video, electronics and sporting goods, the most recent. The next one, unfortunately, is apparel.

Joe has been consistently named one of the top Influencers and Bloggers in retail by independent organizations. He is a frequently quoted source in business media and is also a frequent speaker at such conferences as the NRF Big Show, Shop.Org, and SXSW. Read More