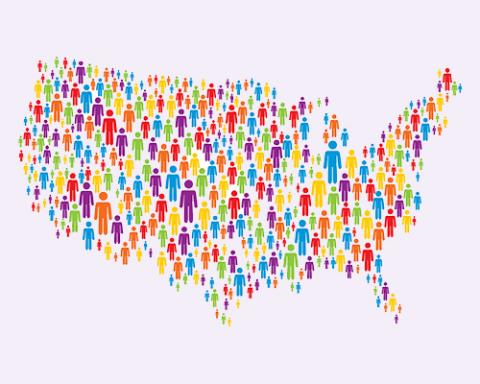 CB4 recently conducted an online survey that shows how shopper sentiment during the pandemic varies across retail sub-verticals and U.S. regions. It also hints at how media consumption affects shoppers’ feelings about the in-store experience and their plans to shop.

Conducted April 2-5 with 1,108 shoppers across the U.S., findings were released in “COVID-19 Shopper Priorities & Experience Survey: Takeaways for Essential Retailers in Challenging Times.”

Among the report’s most interesting findings are that shoppers in the West South Central Region (comprised of Louisiana, Texas, Oklahoma and Arkansas) are the most fearful of shopping in stores during the pandemic. The least fearful shoppers reside in the Mountain Region (comprised of Nevada, Idaho, Montana, Wyoming, Colorado, Utah, Arizona and New Mexico).

See also: Retail is Always ‘On’ — Even During a Global Pandemic

Surprisingly, the most sought-after products for grocery store shoppers were not food-related. Instead, the most desired category for grocery shoppers were household staples like toilet paper and paper towels. Big-box shoppers also sought household staples first and foremost. Pharmacy, convenience, and discount and dollar store shoppers, meanwhile, most often wanted sanitizing products.

Regardless of whether they were headed to a supermarket, a big-box store, convenience store, a discount/dollar store or a pharmacy, shoppers determined where to shop based on three primary factors: product availability, loyalty and cleanliness.

At a glance, the report reveals just how differently consumers are responding to the pandemic and shelter in place orders. While the survey covered a variety of factors, there’s no doubt that other factors such as age and political affiliation influence how shoppers feel about visiting stores.

As the virus travels in real time, retailers can continue to expect to see demand and shopper expectations fluctuate. Those who can be quick and decisive in coordinating a response to customers in each of their markets will come out of this on top.